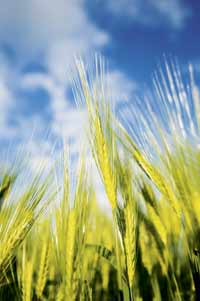 Winter barley harvest will be almost complete south of the M62 by Friday (30 July), according to Jonathan Hoyland, barley trader at Frontier.

“Yields are down on last year, but are probably about on the five-year average.

“The winter barley has been pleasantly surprising – I think it got a greater percentage of its rainfall requirement than perhaps the wheat.”

Crops on heavy or chalk ground had performed the best, while those in the North East suffered the most from drought, he said.

“Screenings are low – the plants haven’t tillered much and instead put all their efforts into the grain site.”

With about a third of winter malting barley now tested, 80% was passing below 1.8% nitrogen.