Discussions over a possible trade deal with China have been on the cards for a few years and last month finally saw it signed off.

Hailed as a breakthrough trade deal, it opens the possibility of an estimated 150,000t of barley to be exported each year, valued at about £20m by AHDB Cereals & Oilseeds.

The question now is whether it is worth it for UK farmers to direct their efforts into growing barley for this market.

China (together with Saudi Arabia) is the largest barley importer in the world, with annual imports reaching about 8m tonnes, according to Peter Hardwick, head of international market development at AHDB.

“The principal uses are as malting barley for beer and as feed, so clearly this is an important market. China also has a growing demand for beer.”

Unfortunately, the protocol agreement between the UK and China was confirmed at a time when China is reducing its barley imports in order to offset large feed stocks it has accumulated, although this has less of an effect on the malting barley trade than on feed.

Jack Watts, lead analyst at AHDB, says: “Chinese barley imports are expected to be lower this year, due to a policy change in China aimed at running down domestic maize stocks and so diminishing demand for imported feed barley.

“Lower UK barley specific weights will hamper our export competitiveness, so all things considered, I’m not expecting to see barley traded to China this year.” 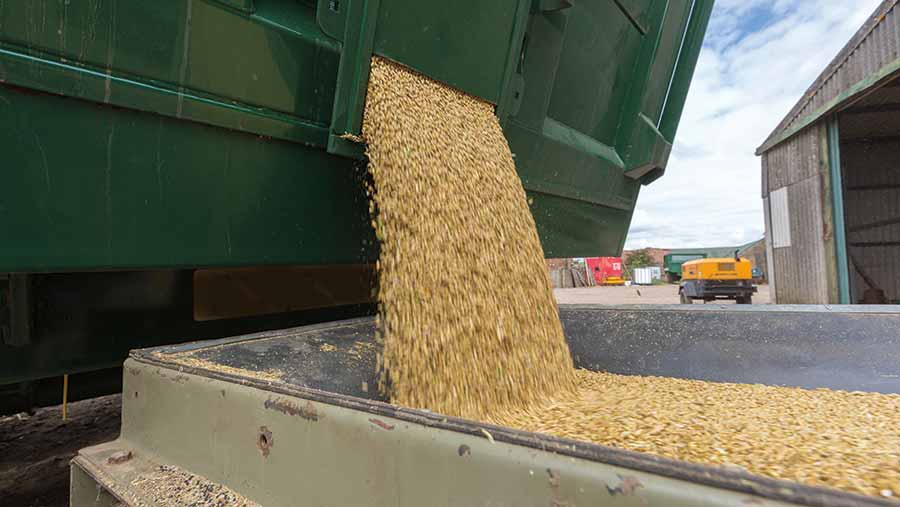 The malting barley sector in China has been less affected by the policy change, but there are fewer opportunities for the UK to export malting barley to China than for feed. This is due largely to the UK’s logistical ability to fill large shipments of malting barley, says Mr Watts.

The UK system is more accustomed to sending small and regular shipments of about 3,000t to Europe, rather than large and less frequent loads of about 50,000t to China.

“Exporters, even the co-ops, will have a challenge in procuring this amount of malting barley from farmers,” says Mr Watts.

“To supply that much in a short space of time at a price to make a margin would require having a much bigger pool of malting barley available. It is more challenging than finding that much feed barley.”

UK spring barley plantings have been increasing in recent years, rising 6% year on year in 2015-16 to 682,000ha, which suggests that if this were to continue, an oversupplied malting market could force premiums lower.

Opportunities to export to China will present themselves, but whether the UK can compete on price and quality is to be seen, says Jonathan Hoyland, barley and oat product head at Frontier Agriculture.

Given that the chance of exporting barley to China in the near future looks slim, growers should concentrate on planning their cropping with the domestic market and European maltsters’ requirements in mind, he adds.

Everybody knows what to expect from UK and European maltsters and EU food laws, but as no-one has done a shipment to China, there is some uncertainty about how it operates, warns Mr Hoyland.

“Other countries such as Denmark and France are more used to trading with China, so it is easier for them to do big shipments, as they have large amounts in store waiting for buyers.”

The difference in the UK is that grain is often stored on farm ready to move directly to the end user and in smaller quantities. “Now the door to China has been opened, it is an opportunity, but it is likely that the focus will be on existing markets first,” he adds.

Denmark, France, Argentina, Australia, Canada, Finland, France, Mongolia and Ukraine also have protocol agreements to export barley to China, meaning the UK has to compete against a number of countries.

Despite this, achieving the right quality to meet Chinese requirements might be relatively easy, although it’s not yet clear what the exact specification will be, as it will depend on each individual contract.

“We know France is actively exporting with specifications the UK should be able to match, so we do have the capacity to export,” says Mr Hardwick. “China does have tight specifications, but other markets are tough and they are no stricter than those.”

The Chinese definition of malting barley is a little less specific than in the EU; as long as the grain germinates, it is arguably malting barley, whereas other markets look for qualities such as nitrogen content and alcohol yield, explains Mr Watts.

To meet the requirements of the protocol, exports to China would have to go through a store, unlike domestic trading, where stocks can go direct to the end user.

Barley stocks need to be approved by UK authorities before being shipped and need to be free from a number of pests and diseases, according to the AHDB guide on exporting barley to China (see panel for summary).

The extra elements involved in the contract specification, such as the phytosanitary terms, may be costly, meaning Chinese exports are at a slight disadvantage compared with European exports, says Mr Hoyland.

Though the chance of exporting large volumes of barley to China in the short term is fairly small, it is something for the future that will take time to develop, says Mr Hoyland.

“Without the protocol, we were not going anywhere. The window is closed for the moment, but the opportunity will occur again.”

The protocol may not have yielded barley exports yet, but it has helped to establish potential trade for the UK. It has also given domestic traders an understanding of the process with China and has gained the UK a positive reputation with one of the largest markets, explains Mr Hardwick.

“Extending to non-EU markets is important, as it mitigates the risks of relying on specific markets,” he adds.

Where Brexit is concerned, it is likely to have very little if no effect on the protocol agreement, although some parts may need slight alteration to account for the removal of EU legislation.

It is important that barriers to trade are removed for future opportunities to be exploited, adds Mr Watts.

“UK grain exports are going to have to be more opportunistic, based on the short-term price and quality competitiveness in a post-Brexit environment. Especially if we find ourselves outside of the EU tariff-free bubble.”

The process is therefore something the UK may have to undergo with other nations, says Mr Hoyland. “We cannot take part in trade if we do not know how it works and the protocol gives the supply chain something it may want to explore.”

Though the process has been long and complicated, it has opened the door to the world’s largest market for barley, says Mr Hardwick.

“What the AHDB is keen to stress is that just because there is not an instant uptake, this does not negate the potential long-term benefits of access.”

Summary of the protocol agreement requirements