Britain’s biggest lowland organic farm rolls down the sunny southern slopes of the majestic South Downs, with healthy soils and good food the keys to its success and profitability.

The Goodwood Estate, famous for its motorsport festival, hill-top horse racing track and views over the English Channel, claims to be the only large farm in the country that grows all the feed for its cattle, sheep and pigs.

Good food was fundamental to creating a burgeoning events business and behind that was an unshakeable belief that “soil is the beginning of everything”.

The Duke of Richmond, who owns the vast 4,800ha estate in West Sussex, says the reason for turning organic 20 years ago was the poor state of the soil under so-called conventional farming and also to create a self-sustaining food brand.

“There were philosophical and ethical reasons for turning organic, but within the long-term aim of building the Goodwood brand, we are making money,” he tells Farmers Weekly.

Organically grown oats are fed to livestock to produce Dairy Shorthorn milk, Sussex beef and Southdown lamb, and this still allows the malting barley to go off the farm to brew Goodwood beer.

These all help to satisfy the hunger and thirst of those that flock to the estate’s events and facilities such as a newly refurbished restaurant, the golf course as well as a plethora of horse racing and motorsport days out. 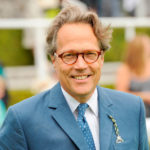 The Duke of Richmond’s family has run the estate for more than 300 years, which stretch from the towering racecourse grandstand perched on the top of the chalky downs through parkland and woods to the motor racing circuit on the edge of Chichester.

However, back in the 1990s the estate’s light soils, which range from chalky hillsides to free-draining gravels only a few miles from the sea, were losing fertility and something needed to be done.

As the aim was to build a food brand, the switch really had to be to organic farming.

“The soils were in a really poor state and we were then surprised how quickly organic yields improved as the soils improved,” he says.

Now, the in-house 1,345ha Home Farm is in profit and helps to supply food and drink to the 750,000 visitors who are attracted to the estate’s events each year.

The driving force behind the organic crusade is the duke’s 85-year-old mother, who has a strong view of good animal husbandry and coined the phrase the “soil is the beginning of everything”.

She runs her kitchen garden on organic principles and passed the passion to her family.

Since the duke and his wife took on the running of the estate in the early 1990s there have been some challenges, such as more volatile yields under a more unpredictable organic system with no recourse to reach for the chemical can.

But creating a “closed loop” of growing all the fodder for all the animals was an appealing prospect, and this is the backbone of the brand’s reputation and an estate that now employs 720 people. 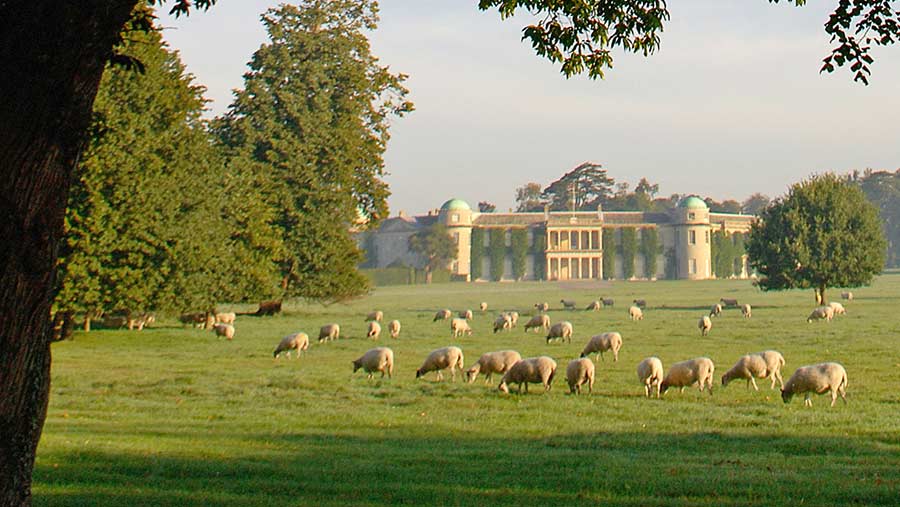 When Tim Hassell became farms manager in 2008 he was given two remits by the duke – first add value to everything that the estate produces and secondly produce a basket of food for use on the estate.

He refined the rotation for the 140ha of arable combinable cropping to grow two grain crops within a four- to five-year rotation, with grass leys grown for cattle and sheep grazing.

“The soils are improving. They are more workable than they were and we believe two cereals crops in a four- to five-year rotation is about the right balance,” Mr Hassell says.

A two- to three-year red clover-ryegrass ley for the dairy cattle is ploughed ahead of a crop of Propino spring malting barley, followed by forage rye in the autumn for fattening lambs over the winter, before Firth spring oats are grown.

“Spring malting barley is our most valuable crop, but oats seem to be the best suited to grow in this system, as they are good at smothering weeds and can scavenge better than other cereals for nitrogen,” he says.

Livestock at the Goodwood Estate

The spring barley once yielded 5.8t/ha, although it more often averages 3.8t/ha, but with the organic grain selling at more than £250/t and seed the only variable cost, Mr Hassell believes the crop rivals the gross margins of those farmed with pesticides and fertiliser he used to manage in Northumberland.

The oats average a more impressive 4.4-5.0t/ha yield, produce a good straw crop and thrive on the estate’s light soil,s which can be liable to drought in long dry summers.

“The soils are definitely improving, there are more earthworms and the crops are certainly looking better,” he says.

One drawback is that the good soil surface tilth he creates with the red clover/ryegrass ley and winter forage rye crop needs to be ploughed in, rather than spraying off with a herbicide and direct drill to preserve the rich organic layer.

Under the organic system, ploughing twice in the rotation is a necessity for weed control, so Mr Hassell has tried to offset the effect of burying valuable organic matter on the soil surface with plentiful supplies of farmyard manure.

The gravel land around the dairy unit tends to yield better than the chalky downland, so moves are afoot to try to improve this land further away from the dairy unit.

A new £3m dairy complex is being planned during the next three years to boost cow number to 250.

It will include a slurry separation unit to allow more concentrated solid waste to be spread further up the downland slopes.

This will hopefully improve crop yields to feed the increasing stock numbers, with all the extra meat and milk going through the estate’s butchery unit and bottling plant.

The majority of the meat is used on the estate. Its new restaurant, called Farmer, Butcher, Chef, emphasises the product sourcing and the rest of the meat is sold to upmarket places such as London’s Ritz hotel and also local butchers.