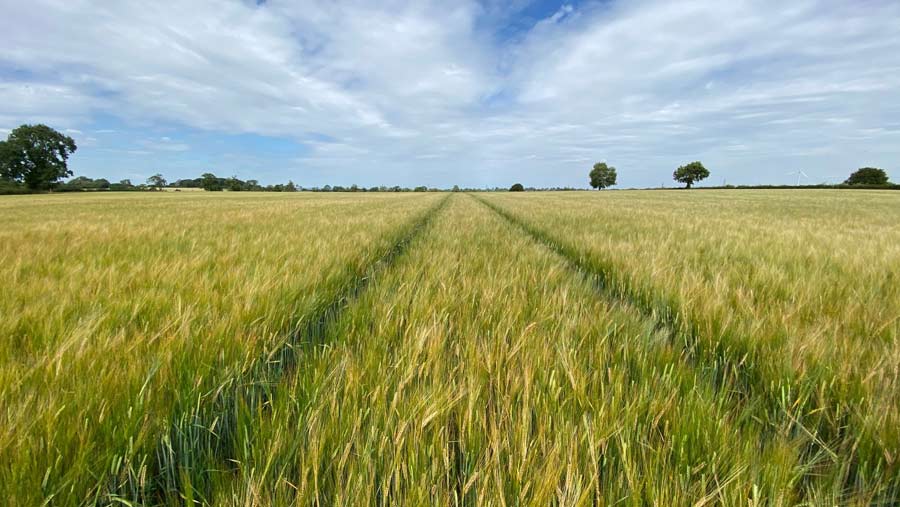 The spring malting barley variety Diablo could become the number one variety in Scotland in the next two to three years after an initial good performance on-farm and through the malting process, says one leading maltster.

Eddie Douglas, commercial director at Bairds Malt, is impressed with the yield and quality of the variety, bred by Limagrain, after some initial doubts over its slightly later maturity when grown in Scotland. He says that he had seen good crops from the Borders up the Moray Firth coast.

He was initially wary of its slightly late maturity, but although it is something to watch he believes it should not be an issue, and the variety now makes up 50% of the volume at one of  the maltster’s intake points in Aberdeenshire, and this spring will be in trials even further north on the Black Isle.

“I could see it being the number one variety in Scotland within the next two to three years, if performance is similar to the past three seasons,” he says.

The Scottish spring malting barley market is dominated by the variety Laureate, with Sassy in second place and Diablo third, while Bairds operates three maltings in Scotland at Inverness, Arbroath and Pencaitland and one in England at Witham in Essex, with a Aberdeenshire grain store at Turriff.

Mr Douglas says Diablo has fully delivered over the past three years with a strong performance throughout the malting process, and from the company’s experience the variety is probably the number one variety in terms of end-user performance, ahead of Sassy in second place and Laureate third.

Aberdeenshire grower Alan Rae tried the variety for the first time last season and was impressed with the variety’s performance on his 134ha family farm, near Ellon, north of Aberdeen. His 10ha of the variety met malting specification at 1.4-1.5% grain nitrogen, with yields matching Laureate.

He added that Diablo was harvested first, and the farm had it dried and moved away before starting to cut Laureate.

“If the price is right and our buyer wants the variety, then I will definitely grow it again,” he says.