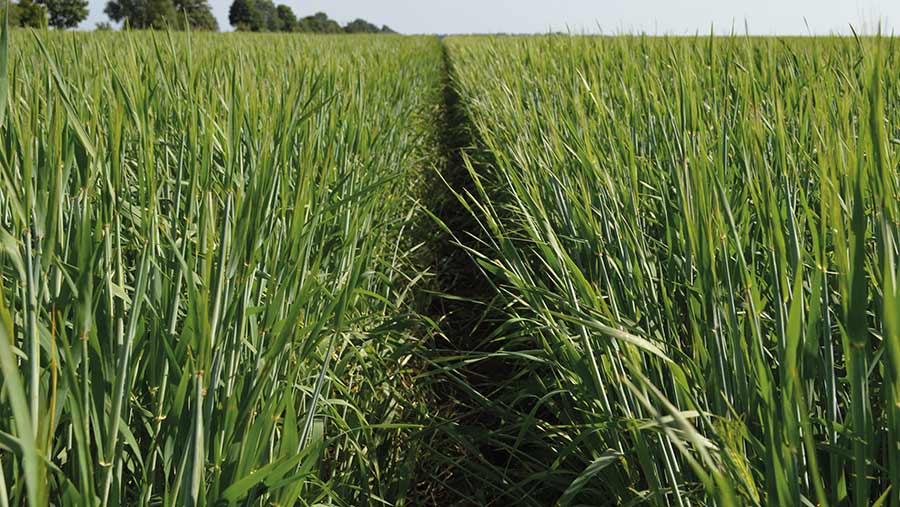 Major malting group Simpsons Malt sees good potential for new spring barley variety Firefoxx to do well in Scotland, with one Perthshire grower set to put all his spring barley area into the malting variety.

Full approval for the variety will be considered by the maltsters in May.

The variety could make an inroad into the Scottish market to supply whisky distilleries where only three varieties – Laureate, Diablo and Sassy – are fully recommended.

Paul Huntley, cereal seeds director at Simpson Malt, has been following the variety’s progress through trials and grower evaluation since the spring of 2020, and says it looks well suited to Scotland.

“Beyond being a very visually attractive barley, Firefoxx has a strong agronomic package that stands up well to the Scottish weather.

“In the field, our growers found it was earlier to harvest than competitor varieties such as Tungsten, Laureate and Diablo – a valuable trait that becomes more attractive the further north you go,” he says.

They have all signed up to grow the variety again this year.

“Its overall grain quality is consistently very good – and, in our experience, Firefoxx has had no issues with screenings or skinning in the last two years,” he adds.

Grain skinning, or poor husk adhesion, causes problems in the malting process as grains take up water at different rates. This leads to uneven malting, and loose husks can block malting sieves.

The maltster is involved with on-going macro-scale malting evaluation of the variety in conjunction with its distilling partners, which include Highland Distillers, Dewars and Chivas Brothers.

“The relative success in the Scottish distilling market of previous varieties, such as Sassy, illustrates that there is a potential niche in the market for a distilling-only variety, one which Firefoxx has the potential to fulfil in the future,” he says.

Simpsons Malt operates a large maltings in Berwick-upon-Tweed, where the majority of its malt heads to the whisky distillers.

It also has a smaller plant in Norfolk, which supplies craft brewers and the food industry.

Arable grower Colin McGregor, based near Dunning, south-west of Perth, says the variety averaged at least 1t/ha more than the other mainstream malting variety he grew last year.

For this spring, he has decided to drop the other malting barleys and go with Firefoxx as the only variety across his spring barley area.

“It stood well at harvest, and there were no issues of brackling when bad weather delayed cutting. Overall grain quality was excellent, with all the spring barley meeting malting specification.

“Grain nitrogen levels were very low, bushel weights were good, and skinning was not an issue – testing below 1% at intake,” he says.

Brackling is when mature barley ears droop over near harvest and can fall to the ground, which makes harvest difficult, leading to yield loss.

He is confident that it will become the next big distilling-only variety, and says seed availability for 2022 should meet both grower and industry demand.

The variety is bred by the Anglo-German joint venture Elsoms-Ackermann Barley.

Firefoxx has the highest equal fungicide-treated yield in the North at 104%, and its overall disease package is comparable with the leading malting varieties, according to the AHDB Recommended List.

On grain skinning, it shows an average of 2.9% against a control of Laureate, Diablo, Planet and Concerto at about 5%.