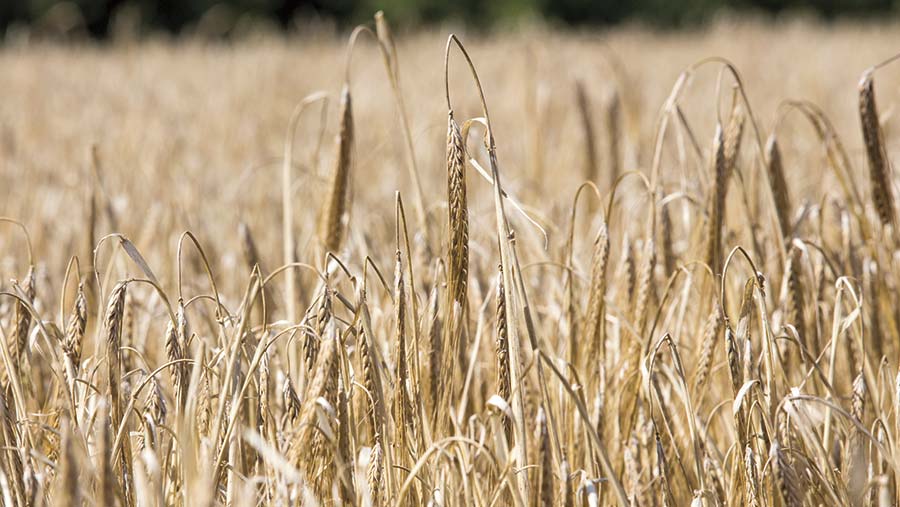 Nestled in a hive of craft and micro-breweries near England’s sunny South Coast, Winchester grower Sam Burge is pushing to get maximum yield out of the old but highly sought-after malting barley variety Maris Otter.

Having grown the ageing winter variety since 2013, Mr Burge and his agronomist, Richard Alderman, are now tinkering with inputs and rates to bump up yields to 7t/ha and beyond.

The farm moved away from growing other winter barley varieties such as Flagon and Cassata to capitalise on the tasty Maris Otter malting premiums, which currently sit at £50/t above feed barley prices.

Now 52 years old, the variety has very weak resistance, by modern standards, to diseases such as net blotch and rhynchosporium and it is a relatively low yielder, with 5t/ha said to be a reasonable benchmark.

Mr Burge says his average yield is about 6t/ha, with the odd year dipping to 5.4t/ha and the bumper 2015 harvest pulling in a pleasing 7.4t/ha.

“Nothing else brews like it and local brewers will pay a serious premium for it,” says Mr Burge, who farms 300ha of owned and tenanted land with his father, Mike, at Vale Farm just outside Winchester. 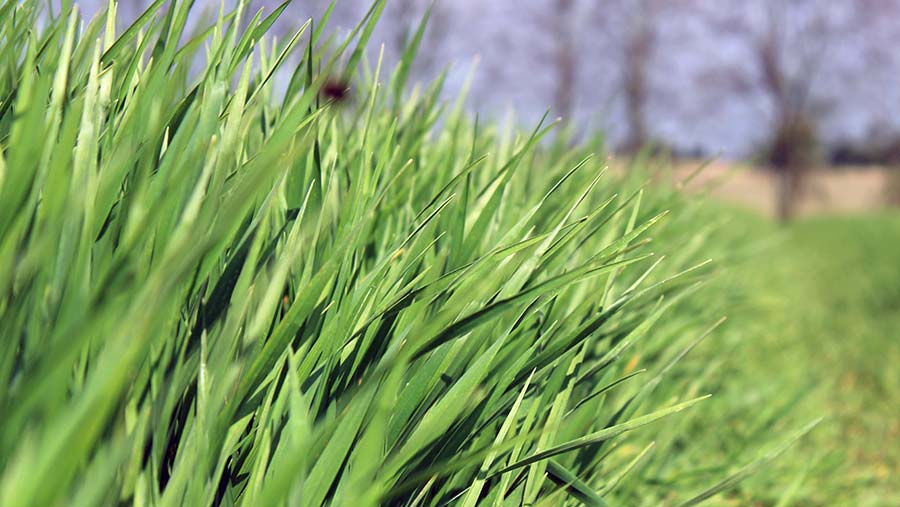 The family farm partnership is diversified to make the most of a relatively small acreage, growing areas of grass for herbage seed, poppies for cosmetics and pharmaceuticals and also sage, alongside winter wheat, oilseed rape and spring and winter barley.

The Maris Otter seed comes from Robin Appel and is sold back to this local merchant on a malting contract.

Much of the grain ends up at local Hampshire brewers such as Bowmans Ales to make the light brown beer Wallops Wood, as well as the golden and chestnut-coloured ales from Upham Brewery and Flack Manor Brewery.

“For us, on a fairly small acreage, Maris Otter works well. It is high input but is worth the extra effort and there’s a ‘feel good’ element to it because you’re supplying local breweries and you can drink the resulting product of the crop,” says Mr Burge.

“I think 7t/ha is achievable and a normal feed barley crop would need to be hitting 12-13t/ha to match the Maris Otter for margin [at this level]. Spec for the malting contract is 1.6% nitrogen and we’ve always been fairly safe on that,” he adds. 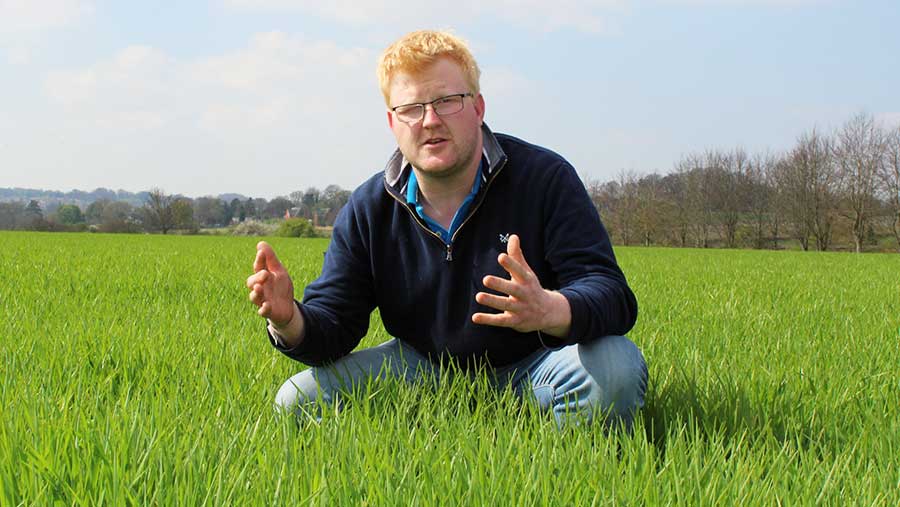 The aim is to push yields without jeopardising the nitrogen content of the grain – if this exceeds the specified limit for malting then the crop gets downgraded to become a very expensive feed barley.

Mr Burge is hoping for a 6.5t/ha average yield across the 31.2ha that was sown on 4 October with a combination drill placing fertiliser alongside the seed for rapid establishment.

The chemical bill hovers at about £170-190/ha. Herbicide spend depends on weed pressure in any given season but fungicide costs are fairly stable at about £90/ha.

The fungicide Kayak (cyprodinil) was deployed in the autumn to check troublesome rhynchosporium, net blotch and help with mildew.

This is followed up with a T0-T2 spray regime with the option of a T3 if disease levels become unwieldy (see panel).

Mr Alderman, who is a part of the Crop Management Partners group of independent AICC agronomists, explains that the Maris Otter is in fields where barley has been grown continuously for many years.

This means the disease pressure is particularly acute.

Rates are bolstered to make up for the variety’s weak disease resistance and he says it is best to use the whole fungicide toolbox – strobilurins, azoles, SDHIs and chlorothalonil – to combat the heightened disease risks.

He adds that the Maris Otter fungicide spend would be £20-£25/ha more than newer, more mainstream winter barley varieties.

Chlorothalonil is included at T2 and T3 to protect against ramularia, as the disease usually shows up later in the season.

Catherine Barrett, Bayer’s commercial technical manager for south-east England, warns that wetter areas will see a lot of rhynchosporium and also notes that ramularia is now a problem nationwide, rather that just for northern crops.

She stresses that the gap between T1 and T2 fungicide sprays must not exceed four weeks.

“Net blotch and rhynchosporium have very short lifecycles so that is why you need to get T1 and T2 sprays bang on,” she says.

“You need to be hitting leaf three and four with a T1. With Maris Otter, it might pay to spray T1 slightly early at GS30 rather than GS31 or consider a T0 because of the variety’s weakness to disease,” Ms Barrett adds.

She emphasises that there is now a significant level of disease resistance to strobilurins, making azoles a key component of the T1 spray mix to help the SDHI active.

For this reason, she says growers should add in at least 0.36 litres/ha of Proline (prothioconazole) when using an SDHI-strobilurin product, and notes that this could easily go up to 0.4 litres/ha for a highly susceptible variety such as Maris Otter. 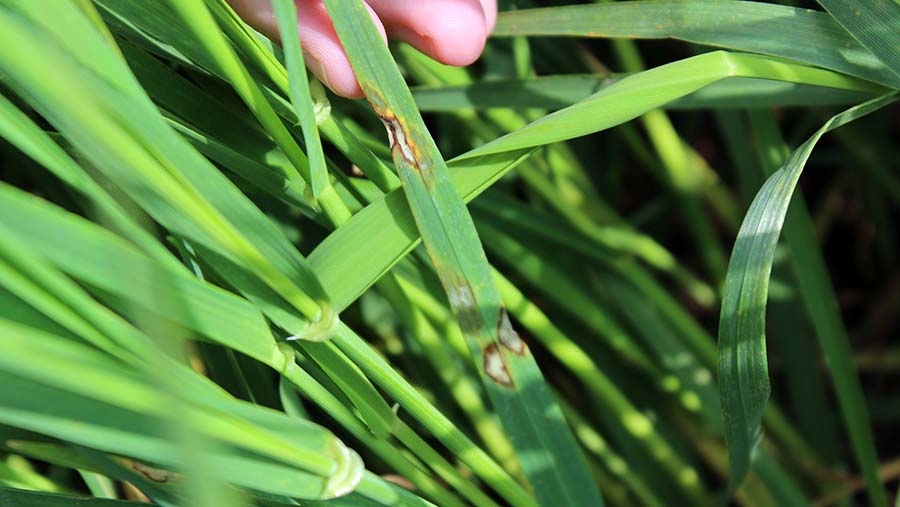 She also recommends adding chlorothalonil to Siltra (bixafen and prothioconazole) at T2 to take care of ramularia.

Maris Otter growers may also need a fungicide such as Talius (proquinazid) to clear up mildew in the autumn if the disease is threatening tiller numbers.

“We try to do everything to give it a good chance. It’s a crop that looks as thick as hell and you think it’s just going to fall over – but come harvest it’s all very spindly,” says Mr Burge.

For this reason, Mr Alderman advises against going in with a plant growth regulator (PGR) unless it is absolutely necessary, as this can hamper yield prospects.

Mr Burge agrees, pointing out that every PGR that is applied hits the yield but a fine balance has to be struck, as a flat crop is worth nothing at all.

“At T0 and T1 we would be fairly hard on the plant growth regulation, using chlormequat in the early days because we would be scared of it falling over,” explains Mr Alderman.

“I would say don’t rush in with a PGR and assess the crop very carefully. If you commit to an initial PGR in barley, you are committing to a second, later PGR, and I think we have learned late season PGRs can hit the crop quite hard.”

Since the early days, Mr Burge and Mr Alderman have learned from mistakes and grown in confidence to adjust seed and fertiliser rates in a bid to pump up Maris Otter’s feeble yield performance. 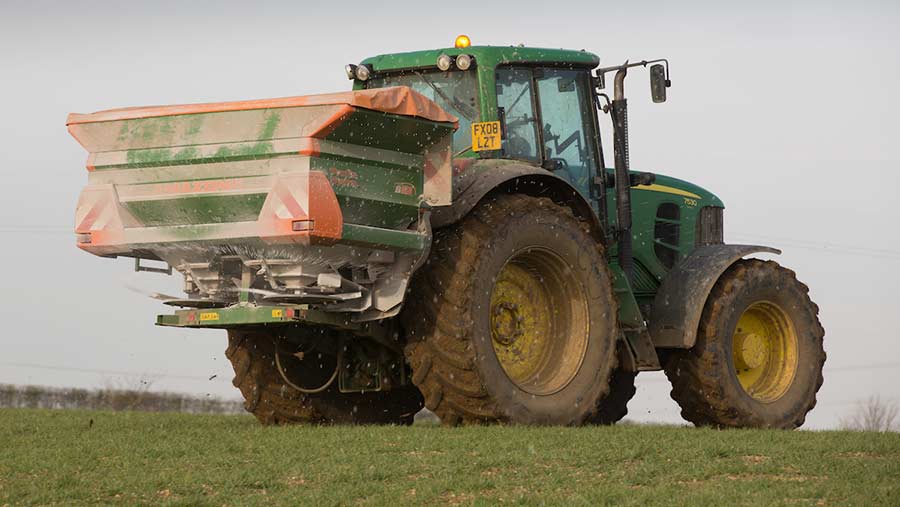 Good results have come from this, especially from the extra fertiliser which hasn’t pushed nitrogen levels over the malting limit.

“The land it is on is pretty light soil over chalk and the higher seed rate has produced better results,” says Mr Alderman.

Malting barley blast from the past

In another experiment for Robin Appel, Mr Burge is growing about 4ha of the 100-year-old barley variety Plumage Archer, which is a grandparent of Maris Otter.

It was bred and selected for its outstanding malting and brewing qualities at the turn of the 20th century, and went on to provide most of the UK’s malt requirements for the next 40 years.

“It is pretty tall, apparently, and won’t be a replacement for the Maris Otter, but it does have interesting qualities,” says Mr Burge.

@RobinAppelLtd Plumage Archer. Over a century old..! The old ones are often the best! pic.twitter.com/594aaI4HJK