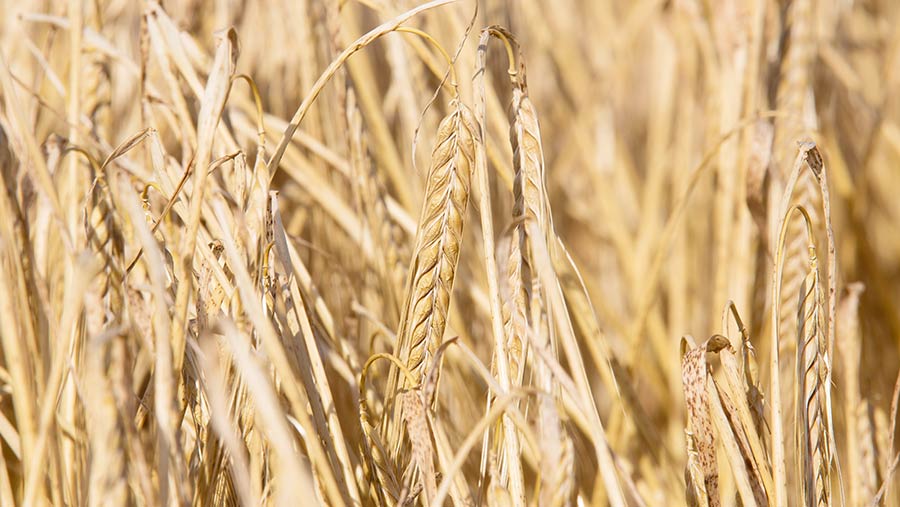 Two growers in Fife have turned to a dual-purpose spring barley variety that can give high grain and straw yields as well as the potential to meet malting standards.

Russell Black says he would consider a malting barley contract, but adds that it can be just as profitable to sell his crop as feed if he can get good enough yields.

“There are none of the concerns of meeting the malting spec and a good contract for the feed is a safer way to guarantee your returns,” he says.

Mr Black drilled 44ha of spring barley last year at Wester Cash Farm, Strathmiglo, near Cupar. Some was drilled with the variety Sienna, which gave a bold sample, yielded about 7.4t/ha and the straw quality was excellent.

Dairy farmer James Wilson believes that, although yield is important, growing a crop of barley is largely about straw for his 330 dairy cows and 110 head of suckler beef.

Most of the 110ha of arable area at Carskerdo Farm, south of Cupar, is down to spring barley and last season Mr Wilson put a small area of Sienna in the ground.

“The crop wasn’t drilled until the end of April, and it looked good through to harvest in September. I don’t weigh the grain, but there was plenty of it, and more importantly the volume of straw that came off the field was excellent,” he says.

Sienna is currently under test with the Institute of Brewing & Distilling and is expected to receive its full approval in May.

Mike Dagg of Simpsons Malt in Berwick-upon-Tweed has seen good results from the variety and he says it produced the best sample of all the varieties his group purchased last season, with good colour, good weight, a good skin and a very even grain size.

“We will be putting Sienna through production in early 2017 with a view to sending it on to a few distilleries in early February. We will know more then about how Sienna meets our distiller customer aspirations,” he adds.

Les Daubney, cereals marketing director for Sienna breeder Limagrain, says the variety has the attraction of being a dual-purpose malt distilling and feed barley, which produces high yields of straw and has the highest specific weight on the AHDB 2017/8 Recommended List at 70.4kg/hl.