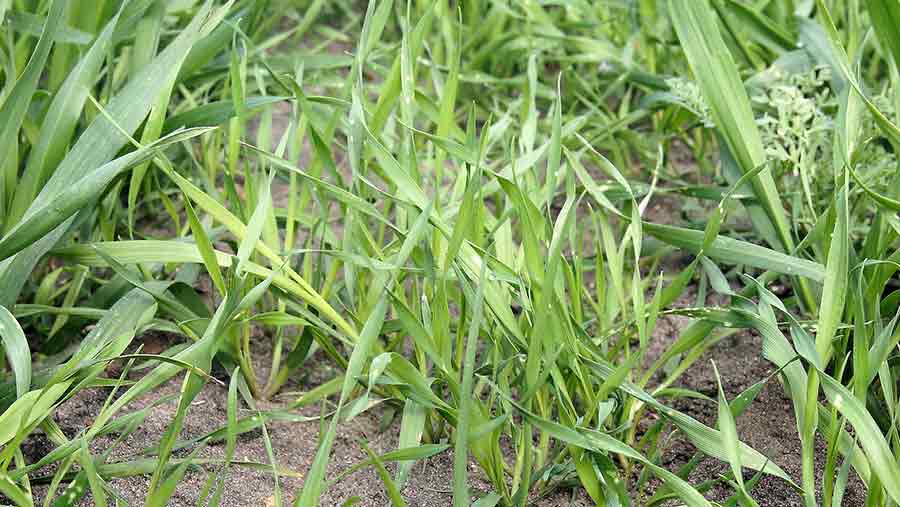 Effective control of sterile brome is becoming increasingly difficult in winter barley in parts of the country as widespread as Hertfordshire, Dorset, and Yorkshire.

The information was released yesterday (12 December) as part of the Autumn 2016 Arable Crop Report from AHDB Cereals & Oilseeds.

There are several herbicides on the market that will control bromes in cereal crops up to GS24-33, including Broadway Star (pyroxsulam + florasulam) and Atlantis (mesosulfuron + iodosulfuron). So far there are no reports of herbicide resistance in UK brome.

However, according to the report bromes are generally less susceptible to herbicides than other weed species, and therefore more difficult to control.

Farmers across the UK have been reacting to the difficulties they’ve been having through the season on Twitter.

Mmm not sure 2 Lts ha of Roundup was enough to do this brome,done a cracking job on the volunteer OSR. pic.twitter.com/ECGgVLOT5g

Hitting the reset button on some land that brome got the better of us on pic.twitter.com/vsFfMJlCR8

Slugs prefer the radish anyway. This small patch of brome and volunteers smothered the cc. It got some Falcon but too late. pic.twitter.com/uEFPWzWgML

No herbicide resistance yet

The situation in the UK is more encouraging than overseas, with reports in mainland Europe and Australia of resistance in brome populations to certain herbicides, including glyphosate. There is concern that poor control in the UK may in time lead to the evolution of herbicide resistance.

Overall, the report highlighted that the autumn drilling window was largely positive, with prolonged periods of dry weather during the peak drilling season of October allowing timely establishment.

Crops generally got away well, apart from in the drought-affected land in Essex, Hertfordshire, Bedfordshire, and Cambridgeshire, where up to 70,000ha of oilseed rape crops failed because of either the dry weather or damage from cabbage stem flea beetle.