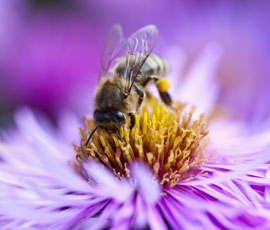 Bayer CropScience has rubbished claims that a commonly used crop pesticide is responsible for the global decline of bees.

The study, by scientists from the Harvard School of Public Health in the USA, claimed to have established a link between the neonicotinoid imidacloprid and bee colony collapse (see News, 6 April).

Harvard researchers exposed bees with levels of the pesticide “determined to reflect imidacloprid residues reported in the environment previously”. They discovered that the bees subsequently abandoned their hives.

The study, which is due to appear in the June issue of The Bulletin of Insectology, follows two recently published studies in Britain and France, which strongly suggested a link between neonicotinoid pesticides and the decline of bees.

But according to Bayer, the research is “factually inaccurate and seriously flawed, both in its methodology and conclusions”.

Bayer said the symptoms observed between bees and the use of imidacloprid were “not consistent with, or even remotely similar to” those of colony collapse disorder, a phenomenon that sees healthy bees leave their hives en masse.