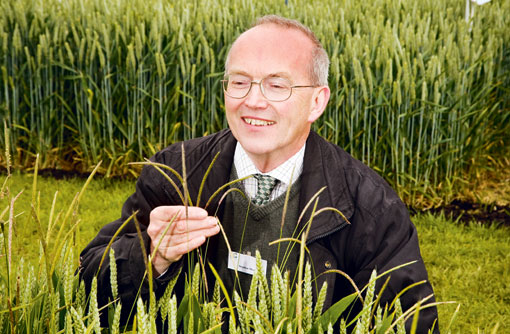 Controlling blackgrass without Atlantis is the subject of a new HGCA-funded trial. Louise Impey looks at the early results

Controlling resistant blackgrass without Atlantis (iodosulfuron + mesosulfuron) is only possible if cultural control methods are employed alongside herbicide programmes.

But variations in the effectiveness of cultural control methods should be expected in different growing seasons, making their success difficult to predict.

Those are the initial conclusions from the first year of HGCA-funded trials being conducted by Rothamsted Research and NIAB TAG, which are investigating the impact of drilling date and crop competition when used with alternative herbicides to Atlantis on blackgrass control.

Three different drilling dates and three different seed rates have been used, explains Stephen Moss of Rothamsted Research, with spring wheat also being included in the work to give an indication of the effects of spring cropping on blackgrass numbers.

The herbicide programme used to spray half of each winter wheat plot was a pre-emergence treatment of Liberator/Defy, followed by an Auxiliary/Crystal mix at the 1-2 leaf stage, he reveals. In the spring wheat, a pre-emergence Defy/pendimethalin spray was applied.

“What’s very apparent this year is that the success of non-chemical control methods does vary, according to the conditions,” he notes.

“We’ve seen much greater effects of drilling date than we have with seed rates. But I think the dry growing season, which followed a very hard winter, has exaggerated these findings.

“The latest drilling date, 5 November, proved to be too late. The plants were unable to develop enough root to cope with the dry spring. Even the blackgrass struggled and numbers are low in those plots.”

Growers will have to accept the risk and variability associated with non-chemical methods, he adds. “There’s an issue with not being able to see what level of control they’ve achieved or have a measurement of success. With herbicides, they can see what’s happening.”

All of the cultural control techniques are better than doing nothing, continues Dr Moss. “Delayed drilling is the most helpful with blackgrass and will have to be taken on board.

“Seed rate is helpful, but not by a huge amount, as is variety choice.”

In the trial at Woburn in Bedfordshire, the combination of delayed drilling and the full herbicide programme reduced blackgrass populations by up to 99%.

“The best results came where the highest seed rate was used in conjunction with a 7 October drilling date,” reports Dr Moss. “Clearly, there has been tiller loss in the wheat due to the drought, so the risks of upping the seed rate were negated. That might not be the case in a more normal year.”

The worst case scenario as far as blackgrass is concerned is the use of early sowing and low seed rates, he warns. “Even the herbicide programme was inadequate in this situation.

“But the trial also shows that early sowing dates and high seed rates aren’t a solution either.”

In the spring wheat, the pre-emergence Defy/pendimethalin mix, which can be applied under a SOLA, has had very little effect.

“It’s been so dry that not much blackgrass has come up in the spring wheat plots,” says Dr Moss. “So there’s very little difference in control.”

However, spring cropping will be important if Atlantis efficacy continues to slide, he believes. “But we need to know more about blackgrass control in spring crops. At the moment, there’s no information on drilling date or seed rate in spring cereals to help with weed control.”

The work will continue for another two years.

Blackgrass control from herbicides appears to have been good this season, summarises Dr Moss.

“That was then followed by the hard winter and dry spring, which means that any surviving blackgrass is suffering.

“Although the lack of moisture hasn’t killed it, it’s only just hanging on. It won’t do as well or be as competitive this year.”

Our series of grass weed academies tackle weed identification plus control through cultivations, rotation and chemical active ingredients. There are 2 BASIS and 2 NRoSO points per academy module for completing all the test questions correctly.