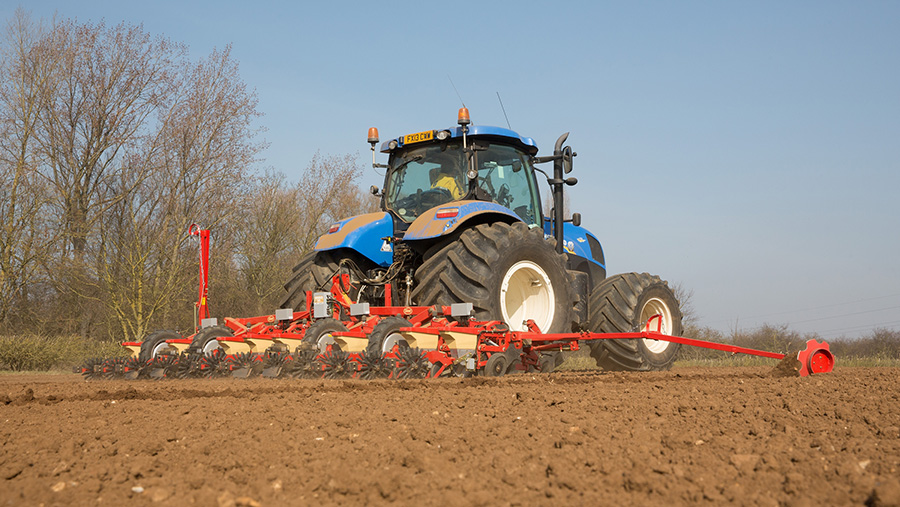 Sugar beet growers should not be unduly concerned about any immediate impact on the crop’s economics from the government’s new sugar tax, says the NFU.

Plans to tax soft drink manufacturers whose products contain more than 5g of sugar per 100ml were unveiled by chancellor George Osborne.

Shares in soft drinks manufacturers dipped after Mr Osborne made the announcement in his budget speech on Wednesday (16 March).

But NFU Sugar chairman William Martin said it was far too early for growers to understand what the impacts of the sugar tax could be for beet growers.

“If you look at what has happened to sugar taxes around the world, it has had a variety of different impacts,” said Mr Martin.

“At the end of the day, farmers will grow sugar beet if the price they get offered to grow the crop works for them.”

“To speculate now seems a bit futile when we have no idea what the implications of this decision will be”
William Martin, NFU

Mr Martin said he was advising NFU members not to get unduly concerned about the any immediate effects of the tax.

With many growers getting to ready to drill this year’s crop, Mr Martin said he believed the tax would have no effect on whether people would plant beet.

“We have all got contracts for the crop we are about to plant. It is six months before we take any more decisions about sugar beet growing for next year.”

Mr Martin added: “To speculate now seems a bit futile when we have no idea what the implications of this decision will be.”

British Sugar parent company AB Sugar has previously warned there is “no silver bullet” to solving the problem of obesity.

The company has voiced support for measures that help people better manage their diet and address key health concerns.

But it has warned there is no conclusive evidence a sugar tax will encourage consumers to change their behaviour and make the right decisions about health and diet.

Instead, it favours encouraging a better overall understanding of what constitutes a healthy, balanced diet by providing people with accurate information based on science.

“You can go on taxing drink cigs and booze all you like, but people still go on drinking and smoking,” he said.

“Are people really going to reduce consumption of sugary drinks and sweets just because the price has gone up?”

Mr Law, who is also a Farmer Focus Arable writer, said the sugar tax would not affect his decision over whether to grow beet in the future.

“You are in a situation with beet where you get offered a price and you then make your mind up whether it is worth growing the crop or not.”