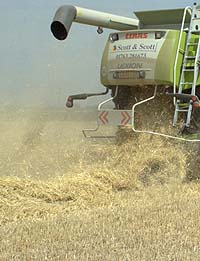 Malting barley growers need to be given more incentive to grow the crop next season, Maltsters’ Association of Great Britain chairman Steve Haydon has told the organisation’s annual general meeting.

He said the high acreage of barley sown in spring 2009, combined with a reduction in domestic demand had created a large production overhang and put pressure on markets. All parts of the supply chain had to understand that such a situation made the crop less attractive to growers and action was needed to improve confidence, he said.

Defra figures released last month put the 2009 UK spring barley area 22% higher than last year at 751,000ha, as growers had been attracted by higher prices last year. However, the resulting 25% increase in spring barley production this harvest and reduced brewing and distilling demand had put pressure on prices.

“We really have to get away from this ‘boom or bust’ cycle,” said Norfolk grower Teddy Maufe, who is also part of the malting barley growers confederation. “The only way we can do this is for growers to be disciplined and only sow malting barley when they can secure a contract at a viable price. That has to be a price that everyone in the chain – brewers, maltsters and growers – can live with.”

Mr Maufe drilled about 80ha (200 acres) of Maris Otter barley this autumn and plans to sow 60ha (150 acres) of Oxbridge spring barley for Diageo. “We’ve cut the amount of Maris Otter by 20-25% this autumn as our buyer was well supplied and needed less. As for the spring barley, the area’s similar to last season and hopefully prices will be the same as last year’s £130/t as well.”