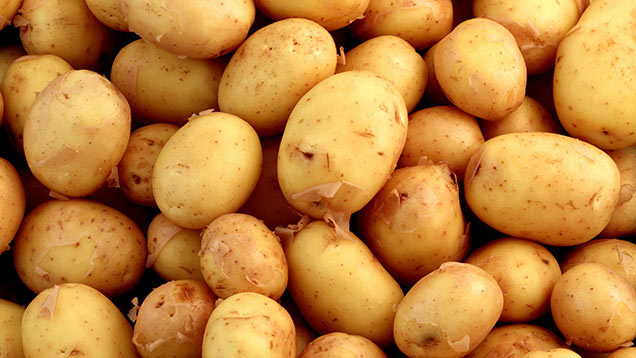 British scientists plan to develop a new genetically modified potato that aims to be resistant to blight, better for the environment and healthier.

Researchers at the Sainsbury Laboratory, a government-funded research institute in Norwich, are in the “very early stages” of a long-term project to develop a new, improved potato.

Prof Jonathan Jones and his team have already trialled a GM potato, which can stay free from the fungal disease late blight.

Now the team plans to create a potato resistant to blight, bruising and nematodes by inserting eight genes in a popular commercial variety, such as Maris Piper.

Funding for the project has just been agreed after the Biotechnology and Biological Sciences Research Council (BBSRC) agreed an industrial partnership with Simplot, a US company that has developed a GM potato.

The University of Leeds has been researching genes to confer nematode-resistance, and Simplot has recently received approval for its GM potato variety innate to be commercially sold in the US.

The variety has a reduced susceptibility to bruising and reduced the ability to form acrylamide – a chemical that has been linked to cancer formation – when cooked at high temperatures.

Prof Jones said: “If we could take all these genes, if we could introduce them all into one potato, we could have a spud with reduced chemical impact on the environment, less waste, while also having lower levels of acrylamide when cooked and the associated health benefits.”

The professor insisted that GM as a technology had been shown to be safe. He said it allowed scientists to pinpoint the exact parts of a plant’s DNA and introduce a desired trait to a variety.

“The result is a much quicker and more precise improvement,” he added.

If the project receives Defra approval, research will begin this autumn, with the first field trials scheduled for spring 2016 in the UK.

Prof Jones and his team estimate it could take eight to 10 years before the potato is available for consumers to buy.

Before the potato can be sold commercially, it will need to be extensively tested. It will require authorisation from the European Food Safety Authority, and approval by EU ministers and the EU Commission.

But anti-GM lobby groups maintain projects developing GM potatoes are a waste of taxpayers’ money and consumers would not buy modified potatoes.

Peter Melchett, policy director of the Soil Association, said: “A previous GM potato, launched in 2009, was claimed to be the answer to the blight disease common in the UK potato crop.

“Now we’re told that won’t work, and a GM potato needs up to eight different GM characteristics to be useful.

“As with other GM research, this is a complete waste of time, money and scientific expertise.”