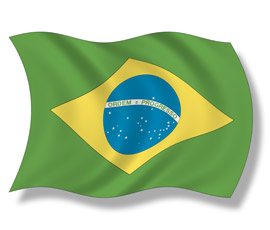 The European Union has struck an accord with Brazil to share a dialogue on agriculture and rural development.

Under the agreement, the EU and Brazil have agreed to share knowledge on topics including sustainable agriculture and increasing farm productivity.

The two sides may decide to set up working groups and have annual meetings.

The first meeting is scheduled to take place in Brussels by the end of this year, or early 2013, according to a statement.

This memorandum opens the way to a structural dialogue of the European Union with Brazil, concentrated around themes of common interest for our agriculture and rural development policies,” said Mr Ciolos.

Sharing ideas, best practices, innovative solutions, creating a system of early notification of any rising issues, will bring benefits to our farmers and agri-food industry.”

Brazil is now the world’s second largest producer of GM crops – after the US – most of which are soya beans.

Brazil is also one of the world’s largest agricultural economies and a leading global exporter of agricultural commodities, especially soya beans, cereals and meat.

The EU is the largest market for Brazilian agricultural exports, followed by China, Russia and the USA.

Soya bean feed, largely imported from Brazil, is currently the major source of protein in pig feed in the UK, at about 70%, and accounting for 30% of feed volume.