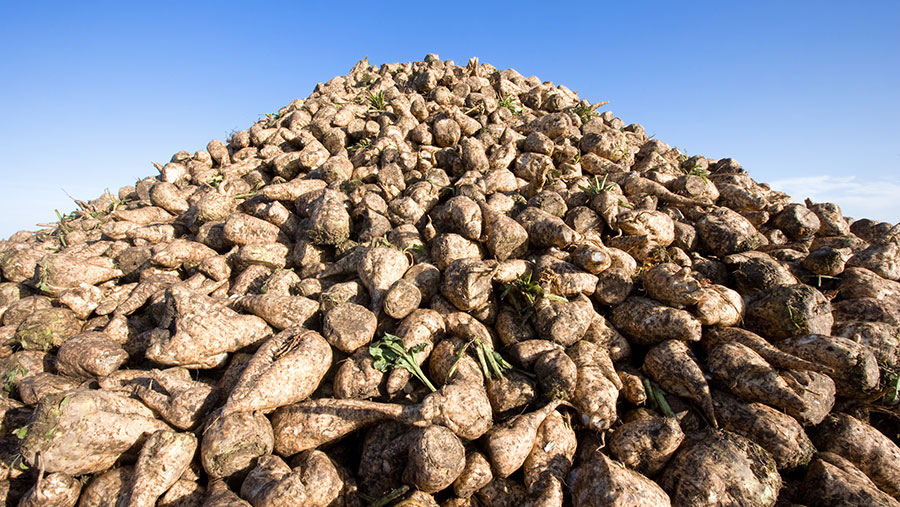 Sugar beet hauliers were “groomed” to expand their businesses without any guarantees of bigger contracts to harvest and transport the crop, suggests a report.

The allegation was made by operators during an independent assessment of the British Sugar Industry Harvesting and Haulage Scheme – and how it might be improved.

The scheme was set up by British Sugar in 2010 to provide harvesting and transport services to sugar beet growers – but has faced criticism from farmers and hauliers.

See also: How to avoid losses from cercospora beet disease

Jointly funded by British Sugar and NFU Sugar, the Douglas assessment looked at each stage of the scheme to identify where greater transparency would benefit growers and hauliers alike.

The assessment report outlines areas of concern – including grooming, poor relationships and some ill-feeling and mistrust between British Sugar and hauliers.

Some operators were allegedly encouraged to increase haulage capacity so they could transport more beet – but then allocated low or no tonnage as their rates were deemed too high.

“Selected operators claim to have been encouraged to invest significantly and to grow their capacity, without guarantees of tonnage,” says the report.

But the report says it found no evidence of any wrongdoing within the scheme’s operation and any allegations appeared to be anecdotal only and without factual evidence.

It also points to a “lack of understanding” among the wider community of growers and hauliers in relation to the tender process for contracts with British Sugar.

The Douglas report recommends reconciliation with “groomed” hauliers to prevent the perception of British Sugar ditching operators solely on price.

And it says repeatedly negotiating year-after-year with multiple hauliers should be avoided as it creates conflict, particularly with long-standing contractors who are later eliminated.

British Sugar says it will now implement improvements to the scheme ahead of the 2018-19 sugar beet harvest – and says it will communicate these changes to growers in due course.

British Sugar managing director Paul Kenward said: “I take the recommendations of the Douglas report very seriously and we are committed to implementing them.”

The scheme had the potential to drive further efficiencies and yield improvements and British Sugar would continue to work with NFU Sugar to deliver a better scheme, he added.

NFU Sugar board chairman Michael Sly said growers had maintained for some time the scheme had focused on cost reduction at the expense of value to the industry.

“Talking with growers there are plenty of examples of fragmentation…, which not only goes against the core aims of the scheme, but has been a real financial and logistical burden.

“To remain competitive in the post-quota world, our industry must focus on maximising yield potential from farm to factory.”

It was pleasing that British Sugar had committed to making improvements and work with NFU Sugar to make further changes for it to operate more transparently, said Mr Sly.

In addition to reforming the haulage scheme, NFU Sugar and British Sugar have also agreed three principles it must operate to and will now work together to make the changes.