As the sole processor of the UK’s beet sugar crop, we work in partnership with over 2,500 growers and our customers to deliver a world-class product that is made to the highest standards every day. We are the leading producer of sugar for the British and Irish food and beverage markets, processing around eight million tonnes of homegrown sugar beet and producing up to 1.4 million tonnes of sugar each year. 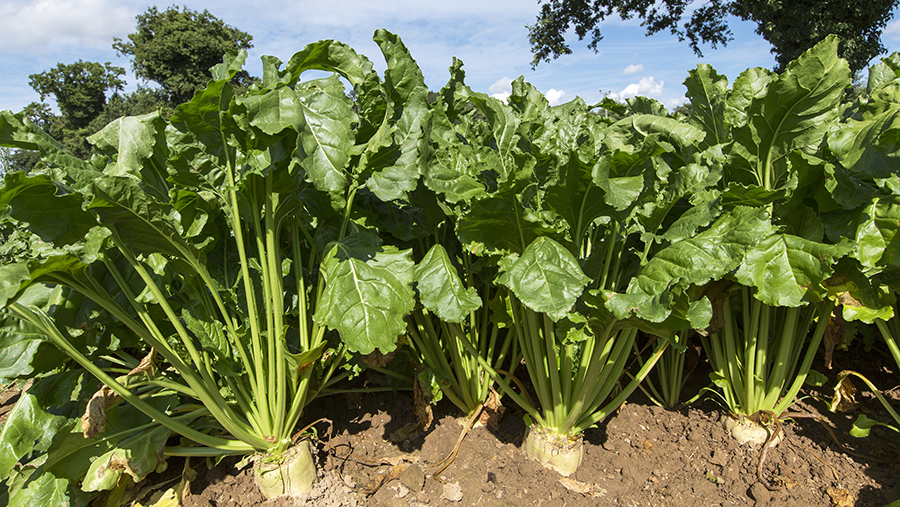 The removal of the crown tare deduction – introduced from the 2021 crop – means growers are paid for the entire root of beet they deliver to the factory.

And the current sugar beet campaign is the first time growers are seeing their weekly beet invoices without the 6.61% crown tare deduction.

When British Sugar and NFU Sugar agreed the zero-crown approach, the recognised principle was that growers will be paid the equivalent sum of money but spread across 100% of the root.

This makes the beet price appear lower, but that’s because it accounts for the entire root, and not just part of it.

The new 2022/23 contract has been announced on a zero crown basis which is clearer and more transparent, ensuring growers are paid for the sugar they produce.

“For transparency and to assist in understanding the prices on a like-for-like basis, £27/t zero-crown is the equivalent of £27.92/t on average with crown tare deduction and using the previous sugar scale,” said Nick Morris, Head of Central Agriculture at British Sugar.

“Similarly, the upgrade Multi-Year offer at £25/t zero-crown is the equivalent of £25.85/t on average with crown tare deduction and using the previous sugar scale.”

”What you deliver is what you get paid for. The changes do take a bit of getting used to – there has been decades without change, so growers are very familiar with deducting crown tare,” said Nick.

2021 also saw the introduction of the new  sugar scale, too – with growers now paid in proportion to the actual sugar content of their beet. “Growers will be paid by converting clean tonnes into adjusted tonnes, according to sugar content in the entire root,” said Nick Morris.

As with the old sugar scale, growers with high sugars over 17% were paid for more sugar than they actually delivered, and the opposite for deliveries with a lower sugar content. Clean tonnes are converted to adjusted tonnes based on a benchmark sugar content of 16%.

“Adjusted tonnes takes into account a number of things,” said Daniel Stoneman, Head of Agricultural Finance. “After measuring any non-beet material in the Tarehouse, we deduct dirt tare.

Then there’s no longer a crown-tare deduction, so where previously growers would have delivered 100 tonnes and be paid for 93.39 tonnes, they are now paid for the full 100 tonnes.

Nick Morris added: “When accounting for these contract changes to the crown tare and linear sugar scale, yields in 2021/22 will be 3.4% higher on average than in previous years on a like-for-like basis. So when budgeting for the 2022 sugar beet crop, growers should account for this accordingly.”

To find out more: