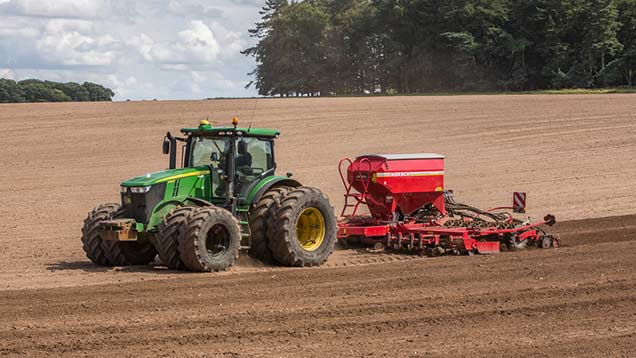 Farmers who have chosen cover or catch crops as part of their 2015 ecological focus areas (EFAs) are being reminded that the clock is ticking to get them established.

Richard Wordsworth, the NFU’s chief Basic Payment Scheme adviser, said farmers not using the undersown grass cover in the previous crop to meet the rules were advised to establish the right mix in good time.

Cover crops being used as an EFA must be established by 1 October 2015 and retained until at least 15 January 2016.

“Establish in this context means that the catch or cover ‘crop’ is visible and of a density that will achieve ground cover,” said Mr Wordsworth.

“This is especially important given that the RPA will be inspecting a high proportion of these EFA areas from September onwards.”

The latest edition of the government’s Farming Advice Service newsletter says crops that can be grown as an EFA are those which have the best chance of achieving ground cover quickly and have different rooting depth types.

To count as an EFA, you must use a sown mix of at least two different cover types (one cereal and one non-cereal).

The crops that can be grown in the sown mix are:

Alternatively, grass can be counted as either an EFA catch crop or an EFA cover crop, as long as it was undersown in the previous crop and is sufficiently established.