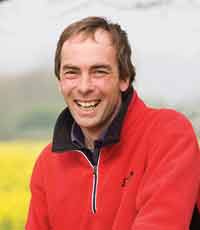 How is the Cereals 2009 host farm coping with the roller-coaster ride of modern arable farming? Charles Abel visited Vine Farm, near Royston to find out

So, just what has changed since Vine Farm hosted Cereals in 2007? “I guess you’d have to say it’s volatility – volatility like we haven’t seen in a long while,” says Tim Whitehead, who manages the Wentzel Partnership’s unit for Velcourt.

“We were going along coping with a certain level of revenues, and then this massive peak of profitability came, which was met by euphoria – the good times seemed to be back. Twelve months on and we seem to be heading back to where we were in 2007.”

Responding to such tumultuous change is not easy. How do you respond when wheat prices were fluctuating £10/t in minutes at the peak of the price surge?

Velcourt chief executive James Townshend is clear: “Farming is going to have to do a lot more to manage the risks now inherent in arable farming, particularly when we are suffering the classic cost:price squeeze, with rising input costs and output prices tumbling to less than half what they were a year ago.

“We have to develop the means to manage that risk and that means using forward contracts, and derivatives to protect against currency and price movements. But it also means having full access to the crop production technology that can help us achieve increased competitiveness [see box].”

At Vine Farm practical management issues are the focus for Mr Whitehead. “We’re dealing with up to a two-year production cycle, so there’s no alternative really but to hold steady to the basics of a good farming model.”

A robust rotation, sound marketing and top-notch husbandry are his mantra. But that belies a number of Vine Farm innovations.

Sugar beet’s arrival is a prime example. Vine’s clay loams grow good second wheats for breadmaking, and good first wheats for biscuit making, feed and export. But breaks need to do more than just provide good entries, they must perform in their own right. Which is why beans have had their marching orders.

“They just weren’t giving us the consistency we wanted. So we bought in 46ha of beet quota and we’re being quite dogmatic about its slot in the rotation. Prices may not be great, but in the first two years we have sent 69t/ha and 68t/ha to Bury factory in late September/early-October, and drilled first wheats with no establishment penalty.” That has helped improve the consistency of on-farm performance.

Adding 400ha to the total area helped, too. Although it is 30 miles away, it is lighter ground, so better use is made of the farm’s machinery line-up. The only new purchase has been a Knight trailed sprayer. “That was as much about ensuring we hit spray windows more effectively, particularly since we added the sugar beet,” notes Mr Whitehead. 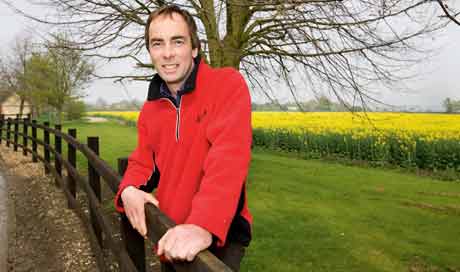 Velcourt manager Tim Whitehead is making the most of technology

At the heart of the kit line-up is a Quad-trac, used for primary and most secondary cultivations plus some drilling, and three tractors hired in for cultivations. Total mechanisation is a respectable 1.1hp/ha.

“We could probably go tighter, but we need a reserve for contingencies,” Mr Whitehead says. “Last autumn proved that. We pushed the Quad-trac to 24-hour working for a week, which got us through.”

Being part of Velcourt Group helped, too, allowing an extra Axial Flow combine to be drafted in to help preserve milling wheat premiums once it had finished duties in Suffolk.

“Access to adequate resources is something all farms need to look at. Planning for unforeseen circumstances is a big part of good management.”

Oilseed rape has seen changes, too, not just the addition of Palmedor HEAR rape after second wheat. More importantly it is almost all successfully established from a subsoiler to slash costs and speed workrates.

But no single decision will deliver Vine Farm’s goal of maximising overall profitability. It is striking the right mix of inter-dependent decisions that is the key. “It’s like the rings of the Olympic logo – everything has to tie in with everything else, and it is only when it all fits that you will get the best results,” says Mr Whitehead.

With that in mind crop marketing is outsourced to Velcourt Marketing Services, managed by Openfield. ” Nobody can expect to sell spot and hit the highs all the time. You need that extra expertise.”

Grain logistics have also benefited. “Contracting out the management of haulage to DHL was inspired. It knows how to monitor average loading and delivery times, so can deliver grain into a two-hour delivery slot. If that is what a mill wants, to operate efficiently, that is what it should get. I don’t think you’re going to see a £1/t premium, but what you will get is the next order and that’s worth a lot,” says Mr Whitehead.

Indeed, Vine Farm aims to be a preferred supplier of premium crops. “Our goal is to maximise yields in first wheats, second wheat is grow mainly on a breadmaking contract for Warburtons. The first wheat is aimed at the other local markets, including Bowmans’ Hitchin mill for group 3s, Marstons feed mill at Ickenham and Tilbury docks for exports.”

Last year Vine Farm won the Velcourt Farms Warburtons Hereward wheat challenge for the second time. “It’s not rocket science,” says Mr Whitehead. “It’s all about getting the right quality, storing it well and delivering to requirement, which is all quite straightforward. The challenge is getting it all done.”

Last year’s harvest highlights that. All Vine Farm’s milling wheats get a fusarium-active T3 spray to protect quality. But pulling in extra combine capacity, prioritising crops with quality potential and segregated storage was critical to cut downsides. “Our strategy meant we kept everything below 1100ppm DON mycotoxin.”

Working with a well-trained team helps, too. “We get tremendous technical support and all the staff receive a lot of training. It is a real ethos of Velcourt’s, during the bad times as well as the good. If anything training is more important when things are tough, it can make the difference between a poor performance and a good one.”

How does Vine Farm benefit from hosting Cereals? “It’s mainly financial, it is an enterprise in its own right. Which is just as well, when we’re out at all hours unloading equipment,” concludes Mr Whitehead, with a wry smile – one belying the clear satisfaction he takes from hosting Europe’s premier arable farming event.