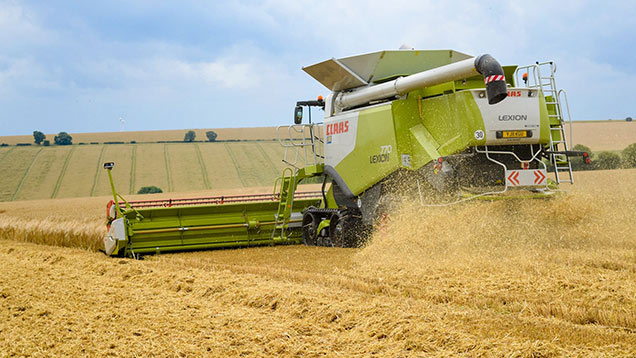 A change in fertiliser regime has seen winter barley yields at a four-year high for one grower in Nottinghamshire this year.

It was grown as a second cereal crop following winter wheat on a mix of medium loam and heavy land.

The grain came off at around 15% moisture at a 64kg/hl bushel weight.

“This is the third harvest of Volume we’ve had in the past four years and this year yields are the highest they’ve been since 2011,” said Mr Gadd.

His nitrogen fertiliser application plan for this season was amended, significantly increasing the amount used at first dressing to boost the number of tillers.

He said: “This year we put a higher proportion of N on first time around – just under half of the total in fact. The aim was to try and encourage more ears to grow.”

First dressing on 10 March saw 82kg/ha of N applied, with a second application of 106kg/ha added on 17 April.

“We chose the variety to suppress blackgrass and it has done so quite admirably. There was only a small proportion of blackgrass that came through the canopy,” he added.

The winter barely crop was desiccated on 10 July with the combine moving in 10 days later.