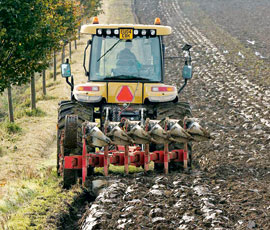 A combination of high grain prices and onerous CAP reform proposals mean many farmers are planning to plough up their permanent pasture.

But some grassland is protected by Environmental Impact Assessment regulations, which may require a full audit to be carried out, and official approval given before any changes can be made.

Why are more growers looking to plough up grassland?

Current CAP reform proposals will force farmers to retain the area of permanent pasture and other unimproved land at the level indicated on their 2014 Single Payment Scheme form – within a tolerance of 5%, says Tony Hargreaves of rural consultant Brown & Co. “Growers want to have flexibility for the future – at the moment there are some areas of land that are slightly marginal for arable use, but in five or 10 years time may be more profitable due to higher grain prices.

“Farmers don’t want to be tied into what they have on the ground at the moment, as it may impact on land values. For the most part, areas that have been left to grass are there for a very good reason, but there are other fields that could be brought back into profitable food production when required.”

What is defined as permanent pasture under the CAP proposals?

The CAP proposals cover land sown to grass for five years or more.

Is land that has been in grass for many years, but has been reseeded in recent years, affected by these rules?

Yes. Even if it has been sown to temporary silage leys, if there has not been a break crop for the past five years it is classified as permanent pasture for single payment purposes. However, the CAP reform proposals are still very much up in the air and could easily change between now and implementation.

What do farmers need to do before ploughing up these areas?


Most productive grassland can be ploughed up without the need for official approval. But farmers with parcels of grassland greater than 2ha that have not been cultivated for 15 years or more, or are defined as unimproved or semi-natural pasture, must seek approval from Natural England before ploughing or improving the land. This includes applying fertiliser, pesticides, herbicides, cultivating or sowing, draining and manually clearing vegetation.

Farmers should include records of cultivation, fertiliser (organic or inorganic) and other practices aimed at improving land productivity in their application, says Mr Hargreaves. They should also include details of flora and fauna species found on the site.

“Generally, Natural England will send someone out to have a look at the land and tell you whether you can proceed or will require a full Environmental Impact Assessment. But the more information you can provide at the screening stage, the better informed Natural England is to make a decision – they are not there to scupper productive farming, they are there to protect valuable habitats.”

What are the Environmental Impact Assessment Regulations?

The regulations seek to protect bio-diverse pasture like species-rich hay meadows, marshland, scrub, moorland and heath. But they also encompass all elements of the environmental impact of changing the farming practice, including its bearing on the landscape, erosion, flooding, flora and fauna.

Importantly, land which is unimproved as a result of an environmental stewardship scheme does not fall within the EIA regulations, unless it has also been grassland for 15 years or more. It can, therefore, be cultivated or improved without official consent, following the end of the stewardship scheme. 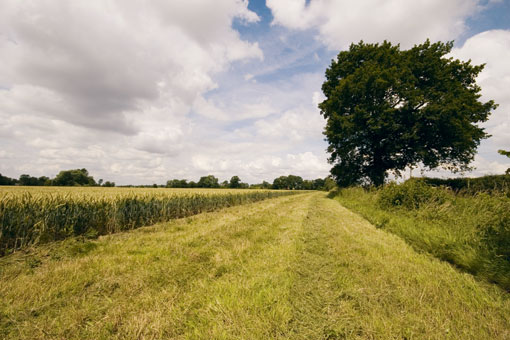 What is involved in carrying out an EIA?

Farmers will usually have to employ a professional consultant to evaluate the site, including aspects like archaeological importance, geophysical survey and ecological and visual impact assessments. Time scale will depend on the complexity of the site and which flora and fauna are present. “If it’s an important site for rare breeding birds you will need to witness the breeding season; for reptiles you will need to evaluate it in the summer,” says Mr Hargreaves. “It could take up to a year to put together.”

What is the cost?

Costs will vary according to the complexity of the site, but are likely to be in excess of £3,000. For a simple screening opinion, costs would start from £500.

What are the chances of being allowed to plough after carrying out an EIA?

That will depend on the ecological importance of the site. Natural England received 156 screening applications last year – almost twice as many as in 2010, reflecting the increasing interest in ploughing out grass. Four were required to do a full EIA and one full EIA was submitted, which is still under consideration. “We have only ever had three EIA’s submitted, and the first two were allowed to proceed,” says Giles Wagstaff at Natural England.

What are the consequences of falling foul of these regulations?

Any farmer who ploughs or improves permanent pasture without consent may fall foul of their cross-compliance requirements, and risks the loss of some or all of their single payment. They may also be required to re-instate the habitats, which could prove very expensive. On a nationwide basis, authorities must take steps to prevent the amount of permanent pasture falling by more than 10% compared to the acreage declared in 2005 single payment applications.

What should I do now?

Because the CAP reform proposals are not yet agreed, farmers with permanent pasture could wait and see what happens later in the year. However, if they do decide to proceed, they should be aware of the potential time scale of carrying out an EIA. The best approach may, therefore, be to seek professional advice about the site, apply to Natural England to ascertain whether an EIA is needed, and then decide whether or not to proceed.