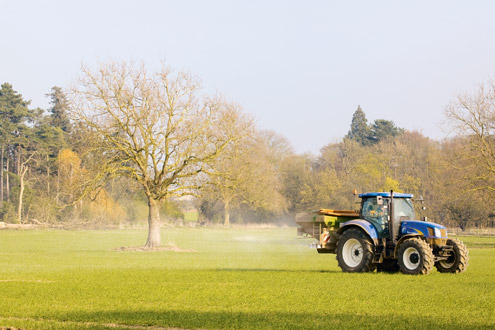 With so many farmers having switched to spring crops this season, the subsequent later harvest date could delay the drilling of winter crops this autumn.

“Farmers may need to get extra labour in to get harvest over quickly,” says Graham Redman, partner at the Andersons Centre.

However, there is also more fallow land than normal, which, combined with the large area of break crops currently in the ground, will lead to a massive resurgence in first wheats, he adds.

“Last year farmers only planted 1.6m hectares of wheat compared with the usual 2m hectares – so there will be a lot more first wheat this year than normal. That means we could see some good yields next year.”

Farmers who had fallow land over the winter should have been able to tackle problematic blackgrass. “But others may not have had a chance to spray crops, so could find it even worse this year – I think we’ll see both extremes.”

The wet winter could also have washed valuable nutrients out of the soil, so producers should test their soil indices to ensure adequate fertility levels, says Mr Redman. “Fertiliser is substantially cheaper than this time last year, so input costs should come down overall – even if agrichemical prices rise a bit.

“There is plenty of shale gas, so gas prices are falling – and the pound-to-dollar exchange rate is favouring us for imports at the moment, so that all suggests that the fertiliser market isn’t going to explode.”

However, cereal prices for harvest 2014 are likely to drift down, he warns. “This year’s prices are pegged at import parity, and the 2014 price has been looking quite good too. But on the basis that the UK will be a net exporter next year, there could be a downside to come. If something is good enough to drill, it’s good enough to sell, especially if there are factors that might suggest downward pressure.”

Based on provisional gross margins produced for the John Nix Pocket Book – which will also be available online – feed wheat comes out as the top performer at £834/ha. Milling wheat isn’t far behind, at £818/ha, with winter rape in third spot at £775/ha.

As cereal markets slip, oilseed rape could become an even more attractive option, says Mr Redman. “It’s had a very good gross margin for the past four years; I think the area drilled will be the same as farmers’ ambitions last year, but hopefully without the field losses.”

Winter beans could enjoy something of a resurgence, with a £30-40/t premium to feed wheat meaning some farmers will enjoy their best gross margin from pulses this year, says Mr Redman. “There have been a lot of spring beans in the ground this year – I think we’ll see the spring area drop back a bit, as winter sowings increase.”

Of the barleys, spring malting barley has the fourth highest margin in the John Nix table, at £649/ha. Winter malting barley is pegged at £634/ha, with feed barley at £640/ha.

Demand for winter malting barley has dropped significantly over the past decade, as UK beer sales continue to decline, says Stuart Shand, director at Gleadell Agriculture. Winter barley demand fell from about 660,000t in 2002, to just 390,000t in 2012 – and in the first quarter of 2013 beer sales dropped by another 3%.

“However, winter barley has a good part to play in the rotation and as an entry for oilseed rape, which is particularly pertinent this year as a lot of farmers aren’t booking oilseed rape seed because they’re concerned they won’t get it drilled in time,” he says. “We have some attractive contracts available at a £10/t premium over November wheat futures, based on maximum 1.8% nitrogen.”

With ammonium nitrate priced at £275/t for January, seed at £450/t, and feed wheat at £165/t, Mr Shand expects a first wheat to return a net income of £407/ha (including fixed costs, but excluding the single payment).

“Winter feed barley, with an extra yield of 0.5t/ha, gives a net income of £125/ha, as feed prices are about £12/t below feed wheat,” says Mr Shand. “Most maltsters want SY Venture, which is high yielding and not far behind feed varieties – so at a premium to feed wheat it gives a very nice return.”

However, winter barley seed is likely to be in short supply this year, he warns. “There was so little successfully sown in the autumn that there won’t be enough to meet farmers’ demand. Anyone who wants to drill winter barley should be booking their seed sooner rather than later.”

Spring barley demand continues to soar, with Scotch whisky exports up by 87% over the past 10 years, to a record £4.3bn in 2012. Distilling varieties are, therefore, popular, but with a maximum requirement of 1.65% nitrogen, remain the preserve of experienced malting barley growers.

Variety choice and drilling dates will have a considerable impact on financial returns, so should be carefully considered, according to Richard Levin, partner at consultant Brown & Co.

“A late 2013 harvest for most will directly impact on the timing of this year’s autumn drilling,” he says. “If growers do opt for earlier drilling they must take time to choose the best variety that suits their particular needs and has the necessary disease resistance and agronomic traits required to challenge the impact of early drilling – this will apply to all crops.”

And it’s not just one year’s gross margin that will be affected, he adds. “The variety choice for a first wheat can have a big impact on the financial return from the following second wheat, particularly as drilling early will enhance the development of root diseases such as eyespot and take all.”

It is, therefore, important to consider the level of disease resistance of each variety, which becomes increasingly important the earlier one drills. “Wheat breeder and consultant Bill Angus recommends deducting one point from the HGCA disease resistance ratings when drilling in September,” says Mr Levin.