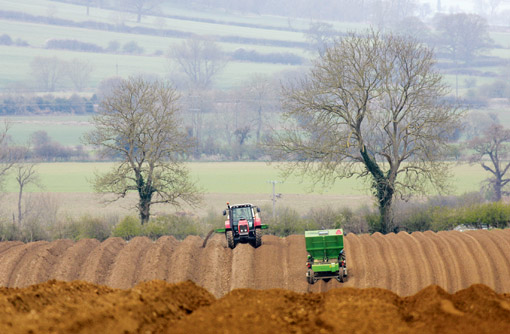 With potato planting under way, how many growers are aware that the age of the seed they have planted could have a marked impact on profitability?

According to industry experts not enough growers are taking the chronological age of the seed into consideration, which means they are missing out on valuable returns by not achieving the optimum proportion of the crop that meets market specification.

Much time and research has been spent on understanding the relationship between seed age and seed rate for a number of varieties. The findings are available to growers via the Potato Council seed guides and other suppliers.

But firstly what is chronological age? It is the true age of the potato in terms of days, expressed as the number of days between emergence of the seed crop to the planting date of that seed the following spring. The more days (older seed) the more stems the potato will produce. And conversely the fewer days (younger seed) the fewer stems, explains Cambridge University Farm’s, David Firman.

Through changing the stem population, tuber size and yield can be manipulated. This response to chronological age is consistent although some varieties respond more to this than others.

“The reason chronological age works is because it is tied in with apical dominance. As seed is stored the effects of apical dominance become less and less apparent so more of the buds are released from dormancy and have the opportunity to become effective stems within the plant population.

“In some varieties, such as Hermes, the effect of chronological age is relatively small. It is still worth taking into account, but much less so than for Maris Piper or Estima,” he explains.

The date of emergence of the seed crop is one of three factors which directly affects stem number and in turn tuber number. Seed size and planting date also both need to be taken into consideration with seed age. The relationship between seed size and stem numbers is recognised with larger tubers producing more stems.

Planting date and chronological age are related because when planting is delayed seed becomes older. The three factors need to be looked at together rather than in isolation, explains Dr Firman.

This information has been distilled into updated seed rate guides following joint collaboration between Cambridge University Farm and Potato Council. Guides are available for the 10 most widely grown varieties, while further varieties are in the pipeline.

To make the best use of these guides a good knowledge of seed provenance is essential. Growers will need to obtain the seed age from the seed producer, usually given as the date of 50% emergence. The date of herbicide sprays can be used as a proxy for emergence, but are likely to be less accurate, says Dr Firman.

The tuber count, or number of seed tubers per 50kg bag, will also be required to determine optimum plant density.

It is seed provenance that John Sarup of SPUD agronomy believes could be one factor holding growers back from implementing this on farm.

Growers need to demand more from seed suppliers in terms of how the seed was grown, the seed age and importantly how it was stored. Then they can then get a handle on what it is likely to do when planted. If a grower knows the seed he has is going to produce a small number of stems, he can reduce plant spacing to make use of the beds he’s growing in to produce the maximum yield for a given tuber size distribution, he explains.

There are too many growers still buying and planting seed based on tonnes/acre rather than tubers/ha. Spacing and stem number are not being taken into account, he adds.

Once growers can change their approach to seed buying and understand they can use seed more efficiently and potentially improve marketable yield, they should try out small-scale plantings of the new seed rates on farm.

For varieties not yet included within PC guides Mr Sarup recommends using seed rates published by the breeders, combined with personal experience. “I tend to look at market rather than variety, so if growing for a baker market looking for lots of 65mm tubers, I will look for chronologically young seed whatever the variety. Likewise, if growing for the salad market I want something that is going to produce lots of small tubers, so chronologically older seed.”

The benefits on farm are too early to assess, with only one year’s results across a small number of growers. Teasing out the benefit from seed age is difficult to do considering the other factors such as the weather and moisture availability at a tuber initiation, he explains.

“The theory behind chronological age is spot on, but in practice that’s where the variables come in. We are still learning how to use the new guides and fine tune them on farm, which is very different to trial plots.”

Seed age is the right thing to be thinking about. The challenge is to get it right in practice, obtain the information and improve growers’ understanding, he stresses.

“On Vales Sovereign and Sylvana the chronological age is as big a factor on seed rate as seed size.”

For the baker variety Vales Sovereign, seed at 320 days old produces 30% more stems than seed that is 290 days old. That 30 days’ difference in the age of the seed, which has a massive effect on the amount of seed a grower needs to plant, he explains.

So if a grower bought seed and planned to plant on 1 April at 290 days old but is delayed by bad weather until 30 April, he will need 30% less seed than he bought to achieve the same stem density.

Growers can use the chronological age in two ways, to change when the crop is planted, or to decide which seed crop they want to buy based on the age, he explains.

The availability of different aged seed shouldn’t be a problem; 30 days is the sort of variance in an average season between seed stocks. At the extremes it could be as much as 70 days.

Greenvale provide 50% emergence dates for all their seed stocks. “We suggest a targeted planting date and if that date changes significantly then we can amend it.”

“The majority of growers are starting to take it into part of their management. It isn’t something that you can just switch on as there are so many other variables to work with. It explains a lot of the variation that growers have seen in some varieties from year-to-year in terms of whether they have a small to medium sample or a very bold sample and it is ironing out those two extremes.”

The benefits are twofold. Firstly, more growers are hitting a more consistent target for crops into the factory. Secondly, it is helping growers to learn where they have gone wrong, says Mr Coleman.

“Where crops are not going to hit that target we have been able to identify what have been the root causes. Invariably a lot them come back to growers not taking into account chronological age and planting date and adjusting seed rates accordingly.”

PC Seed guides – Steps for use

Step 2 – Determine seed tuber count/50kg, this will establish which row on the table will be used to determine plant density and seed rate

Step 3 – Determine target yield and optimum tuber size – for the Maris Piper guide the yield range is 55-70t/ha for an average tuber size of 60mm. Target yield will determine the column to use. This gives the seed rate and plant density

Step 4 – Calculate the within row spacing

Step 5 – Check the seed rates are appropriate – do they fall within the red shaded area of the table (low plant populations which are not acceptable in practice)?