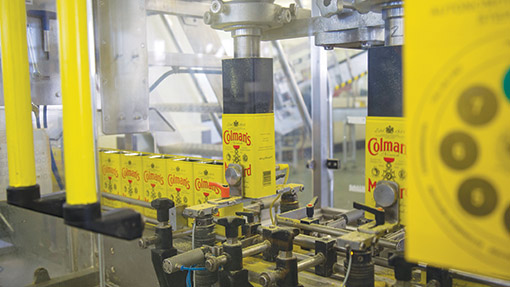 An unlikely partnership between a multinational food giant and a small group of growers has secured a brighter future for English mustard – five years after the handful of eastern region farmers who grow the iconic crop almost called it a day.

Grown for Colman’s of Norwich, which is owned by Unilever, mustard is undergoing something of a revival. Colman’s is celebrating its 200th anniversary this year and the 19 farmers who supply the company with mustard are looking forward to a successful harvest later this summer.

It is a marked contrast to the situation in 2007 when yields plummeted due to falling investment and a lack of plant breeding. The disaster led to the creation of English Mustard Growers (EMG) cooperative, which now has 19 members and works closely with Unilever to develop the crop.

All farmers who grow for Colman’s live within 80 miles of the factory, which is just south of Norwich. Some of the farming families involved have been growing mustard for the company for more than 100 years – long before Unilever took over the business in 1995.

“We don’t have any financial ownership of the Colman’s brand but we still consider it to be ours,” says EMG chairman Michael Sly, who farms at Park Farm, Thorney, Cambridgeshire. “Without any English growers, there wouldn’t be any English mustard.”

Mr Sly helped establish the growers’ co-operative to improve husbandry and marketing. The co-op was the preferred option for Unilever, too. It wanted to maintain its strong “English” brand and its local growing base, and was looking for ways to support and encourage farmers.

Farm consultants EFFP helped the growers develop a business plan aimed at re-establishing mustard as an important and profitable crop in the east of England. Elsoms Seeds of Spalding came on board, and quickly increased productivity by pelleting the seeds into uniform sizes.

“We were able to rejuvenate one of the varieties from a retained sample in the Colman’s library,” says Anthony Keeling of Elsoms. “We went right back to square one. One of the varieties, Gedney, is 25 or 30 years old.”

Two main varieties of the crop are grown: brown mustard and white mustard. Both are vital ingredients in Colman’s Mustard – milled into mustard flour and blended at Norwich using a process that has remained largely unchanged for two centuries.

In total, the co-operative supplies about 1,400t of mustard seed to Colman’s every year. Delivered to the factory at no more than 8.5% moisture, it undergoes strict quality control tests before being accepted and dried down to 3-4% moisture.

In its first year, the co-op invested in mobile crop drying and cleaning equipment to ensure mustard production was as efficient as possible. Today, the farmers are benefiting from improved long-term profitability and reduced risks, growing an important break crop on a commercial basis.

There are benefits for Unilever, too. By handling administration, the co-op simplifies contract management. When the crop is delivered to the factory in Norwich, the co-op does the invoicing, so Unilever doesn’t have to deal with 17 growers individually.

Further developments are in the pipeline. Despite the niche nature of the market, Elsoms sees a future for the crop and is developing new mustard varieties. If all goes to plan, they are expected to be made available to growers within the next year or so.

“We have got the crop back to where it used to be,” says Unilever’s David Pendlington. “We have new varieties coming through and we are looking at ways of increasing the yield. But it is about growing the business as well.”

“If we need more growers then that is what we will agree with English Mustard Growers. Some of the farmers who are growing mustard today, their grandfathers also used to grow the crop. But they stopped and now those farms have started growing it again – we are in a good spot.” 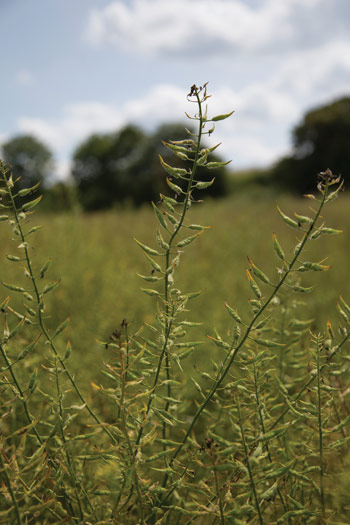 Farm manager Phil Warham is growing 20ha of mustard for the first time on the Claxton Manor Estate, eight miles south-east of Norwich.

“We moved away from sugar beet because we didn’t like mauling the ground around in the winter,” he says. “We needed a good break crop against cereals and we are eight miles from the Colman’s factory – why wouldn’t we grow mustard?”

A low-input crop, mustard is drilled in 15cm rows with a conventional Horsch Pronto drill. “We subsoil it, cultivate it and drill. It’s had one pre-emergence herbicide and two insecticides for pollen beetle and that is all – it is very like a spring oilseed rape to manage.”

The crop is usually drilled from March to mid-April. Yields can vary, although most growers try to target 2t/ha. Mr Warham says he expects the gross margin to be a little better than spring oilseed rape.

“We’re on a fixed price with Colman’s – but it is about more than the money. Our sandy land will work easily but it will drought as well, so it is all about finding the right sort of break crop.”

Mustard is harvested just after wheat. “It fits in well with the combine and doesn’t impact on storage because it is low-yielding,” says Mr Warham. “After we’ve combined it, we will dress it and take it into the factory ourselves. It’s that simple.”