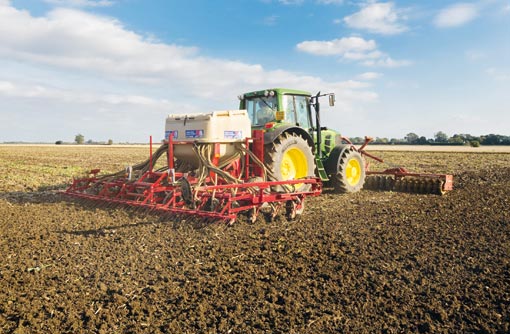 Confidence in some Group 3 and 4 varieties has been knocked following their variable performance in 2012, making decisions to either stick with old favourites or try new ones this season a difficult one, agree seed experts.

It has highlighted that things can go wrong, even with the highest flying varieties, says NIAB TAG’s Clare Leaman. “But growers need to avoid a knee-jerk reaction. Looking at the Recommended List data, some of those varieties are still doing well averaged over the years – and that’s with the bad year included.”

Most new additions fall into that category. KWS Kielder is the most high-profile variety that this has happened to, suffering last year by dropping 10%. But its mean yield is still only 1% behind KWS Santiago’s so it still has huge yield potential there. Cougar, Revelation and KWS Croft suffered similarly, she explains.

Later maturing varieties have performed better over the past five to six years than earlier ones, as the seasons have favoured their longer grain fill period.


And they have started to attract a bit more interest, says Agrii’s Barry Barker. “But, like any trait, growers need to look at maturity and maintain some diversity just as they would with rust resistance.”


This is especially important for growers in areas, such as the North, that are typically late. Growers here should be looking more closely at varieties that are early maturing rather than those with out and out yield, says HGCA’s Simon Oxley.


“Likewise in other areas, if we have another season like last year, growers should be aware that later maturing varieties won’t do as well.


“Before we had new varieties at -2 to +2, fitting within the normal range that most growers are familiar with. But now we have much later ones coming through like Revelation at +4 days and that will extend out to even more days in commercial practice, compared with Solstice.”


“Everything appearing on the list is at the moment is +2 or +3 days over the standard. This may be nothing in Kent or Essex, but in Northumberland, Yorkshire or Scotland that could be seven to 10 days of combining and that will be a big difference.”

At the same time, older varieties KWS Santiago and JB Diego maintained their yield and coped well with the unusual season as did newcomer Leeds. “Consistency will become more and more important,” she says.

This means growers will need to base their decisions on the preceding two or three years, and be mindful of growing first and foremost what their local market is looking for, says Frontier’s David Waite.

But another factor, seed availability, will dictate variety choice. Nearly all varieties will run short this autumn, he says. And for most new varieties, seed is limited and in many cases has already sold out.

Of the 10 new varieties on the HGCA Recommended List, six are high-yielding feed wheats, reflecting the dominance of the feed sector, which now accounts for almost two-thirds of the acreage.

Agrii’s Barry Barker predicts there will be little change in the order of the top-selling varieties this autumn. KWS Santiago and JB Diego currently share about a quarter of the planted area, but he anticipates this will decrease as newcomer KWS Kielder enters its first commercial year.

“KWS Kielder will be the biggest variable in the hard Group 4s and the most difficult one to call,” he says.

“It is a bit more manageable than KWS Santiago and more like Oakley and, although it could take up to a maximum of 5% this year, the actual market share will depend on how people take to it.”

Growers looking for an earlier maturing variety will be interested in Dickens with its maturity score of 0 and safer yellow rust resistance (8), he adds.

Of the existing hard Group 4s, Conqueror and Grafton have found niche slots, the latter performing well last season. But the variety that experts believe has the potential to increase in market share this autumn is RAGT’s Relay.

“It is a good solid variety, appears to be a useful second wheat and that’s the one we will see a good strong demand for, says Mr Barker.

“New varieties in soft Group 4 haven’t had a good track record in terms of uptake in the past, she explains. Gravitas and Denman haven’t gained market share and neither has Beluga. Viscount and Alchemy have dominated, but we haven’t had such a strong group of varieties coming through that has moved yield on.”

According to Openfield’s David Leaper, Leeds will be a main player. “It is a versatile variety outperforming any wheat on light land. It is fast in development, not an early driller and is a good second wheat, where other soft wheats have been poor in the past.”

He also sees a place for KWS Solo, despite not being recommended last year. Of the same mould as Leeds with Istabraq parentage it is suited to lighter land and later drillings.

Mr Waite anticipates a keen interest in Leeds from northern regions and Scotland. “It has one of the highest specific weights on the list and is suited to the distilling market,” he says.

“In the north, Viscount will remain the dominant variety, with Leeds either taking some of that share, but most likely eating into the likes of Alchemy, Gravitas and Denman, as they are looking a bit weaker now in terms of what they offer,” he adds.

The other two soft Group 4 newcomers offer some impressive disease scores and have good yield potential, making them good partners for varieties that require more input. Revelation has one of the best all-round disease scores, yet its maturity (+4) will prevent it going too far north, says Mr Waite.

Unlike Revelation, which will be an early driller, RAGT’s new soft 4, Cougar will fit in the main drilling window, yet offers similar impressive disease resistance scores, says Mr Leaper. “There may be some caution around its bushel weight, but it will find its place in the Midlands and East.”

The jury’s still out on candidate varieties this year. There’s plenty to look at in terms of yield potential and disease resistance, but nothing clearly jumps out, says NIAB TAG’s Clare Leaman.


“Many candidates are late maturing and fell foul of the same problem with the two contrasting years, so this year will be even more important.”


But there are some very high yielding soft and hard feed wheats in there and the gap between the two groups might narrow further.


One variety that has come to the top of the list is Limagrain’s hard milling variety Evolution. It follows the pattern of later maturing varieties with a low bushel weight, yet doesn’t have good disease resistance, says Openfield’s David Leaper.


The two candidate biscuit varieties, Limagrain’s Zulu and RAGT’s Icon, look similar for disease and maturity. Zulu has a slight benefit of orange blossom midge resistance and bushel weight and will be attractive to those particular markets in the South and East, says Mr Leaper.

Experts agree the Group 3 sector, which accounted for just over 16% of plantings last autumn, is unlikely to see any significant changes in 2013-14 despite the recommendation of three new varieties – Delphi, Monterey and KWS Croft.

Limited seed availability will restrict the uptake this autumn of either Delphi or Monterey, their recommendation last autumn having taken the trade somewhat by surprise.

The only variety that could impact Group 3 will be KWS Croft. “It is certainly a step up in yield and disease, as well as having the characteristics for domestic and export markets, and orange blossom midge resistance,” says Mr Leaper.

But experts all agree that its Achilles heel is its weak straw. Any growers giving it a go will need to be aware it will require some careful management.

Independent agronomist Patrick Stephenson believes for this reason growers in his area in Yorkshire will stick with existing varieties. “We are still waiting for a new Group 3 that has baking standard, doesn’t collapse or get yellow rust.”

He anticipates Claire decreasing despite its versatility and consistency. “There is concern with yellow rust race. If it rears its head, we will start to get nervous about drilling early,” he says.

With such a fragmented market, only Scout – grown for its early drilling and bold grain – is likely to remain stable in terms of market share. And KWS Croft is anticipated to take up to 2-3% share, says Mr Barker.