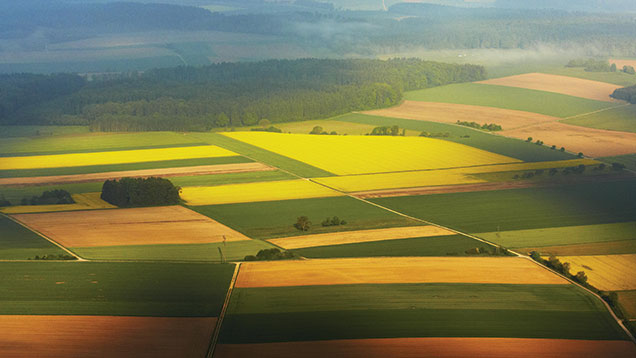 Drilling decisions made in the coming weeks may have an impact on meeting greening rules in 2016. Robert Gazely of Strutt and Parker outlines what to consider for next year’s Basic Payment Scheme claim.

In the run-up to harvest many farmers review and plan their cropping for next year, taking into account the performance of crops currently in the ground, as well as new varieties and securing a premium for this season’s arable output to help lift the subdued market prices.

But as we plan our cropping for 2016, ensuring compliance with the requirements of greening is fundamentally important from the outset, especially as some nearly fell foul of the new rules this year.

Historically, Single Payment Scheme applications dominated the months of March, April and May. However, under the new regime, forward planning to comply with crop diversification and the ecological focus area is a necessity now.

See also: Tips on how to apply for mid-tier Countryside Stewardship

In 2015 we saw a number of farm businesses that almost fell foul of these rules, particularly those whose cropping was previously dominated by oilseed rape and winter wheat and who relied upon a minority third crop or even small areas of fallow as the qualifying third crop.

For those businesses with Environmental Stewardship agreements that expire in 2015 and who might make changes to the extent of grass margins, field corners and other features, it is important to bear in mind that this will change the area of fallow for next year.

Due partly to greening, but also to the more global issue of supply and demand, pea and bean prices have come down so this too has the potential to impact next year’s break crops. Building this calculation into the planning of 2016 cropping will ensure there are no nasty surprises come the 2016 application window next spring.

This as well as other considerations such as spreading workload and reducing the blackgrass burden, should provoke a careful look at gross margins to decide where to venture in terms of crop diversification.

Finally in calculating crop diversification, don’t be caught out by working to 5% of the overall Rural Land Register area. Some claimants in 2015 forgot that permanent grass as well as ineligible parcels, such as woodland, can be excluded and that crop diversification is based on arable area which includes just land cultivated for crop production, temporary grass and fallow land.

When considering the EFA, growers must remember not only to look forward to the coming season, but also back to their 2015 Basic Payment Scheme application.

Catch crops and cover crops declared for EFA purposes in the 2015 application will need establishing this autumn and will have implications for next year’s cropping.

There are synergies here with addressing issues such as soil structure and moisture content, nutrient retention and management of blackgrass but to qualify, a mix of at least two different crops must be used, comprising at least one cereal and one non-cereal from those listed in the Rural Payments Agency’s BPS Handbook.

Of course, options including fallow land and nitrogen fixing crops are relatively easy wins with additional benefits for issues such as limiting the oilseed rape acreage and alternating break crops, but again, these need building in now to plans for next year. Remembering to apply the 1:0.7 weighting for leguminous crops (for the EFA, but not necessary for crop diversification) was an area missed by some in 2015.

Gone are the days when the practicality of cropping rotations and bureaucracy of subsidy applications were two mutually exclusive matters. Instead, these now go hand in hand and calculations to ensure compliance with crop diversification and the EFA are a necessary part of reviewing the rotation.