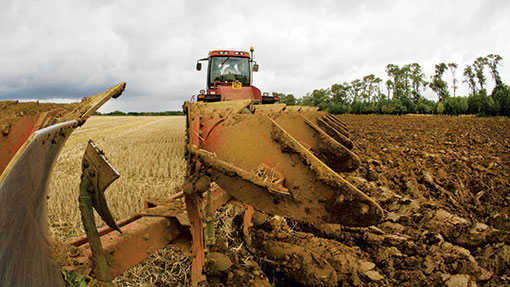 The pattern of cultivations use for cereals establishment could be about to change in the face of high grassweed levels and soil structure problems, as Louise Impey finds out with the help of distribution agronomy provider ProCam’s 4cast benchmarking service.

Regardless of the soil type, there has been a huge rise in the use of minimum tillage over the past 10 years.

By and large, that has been at the expense of ploughing, reveals Tudor Dawkins, technical director with ProCam, who points out that the top 25% of farms in the company’s data recording service, 4cast, adopted minimum tillage techniques at an even higher rate than others.

“The drive for greater efficiency, the need for better timeliness and the shrinking agricultural workforce all had a role to play in this shift,” he says.

See also: How to: Plough to bury your blackgrass

“And although minimum cultivations is a broad term for a whole range of field operations working at different depths, from just scratching the surface to the use of heavy discs, it has largely allowed farmers to achieve their financial and workload objectives.”

4cast is a recording system that can be used to analyse crop and financial data, allowing the performance of different management approaches to be compared on a crop, farm or regional basis.

The only exceptions to this trend are in areas where vegetables and root crops are grown and where there is a need for cultivations such as ploughing to bury crop residues, he reports.

“More recently, the growth in the maize area has also had an influence. Again, it’s about burying any crop trash to prevent the spread of fusarium.”

However, all the latest signs suggest that growers are starting to think again about minimum tillage, he says.

“Certainly, strategic use of ploughing is back on the agenda for many farms. This year looks like being a turning point.”

Difficulty with blackgrass control is only one of the reasons for this change, he says. “Many growers have still got the legacy of the last two wet years to sort out. As well as high grassweed populations, soil structure problems are widespread across the UK.”

With this in mind, Dr Dawkins says that the early start to this year’s harvest has given some time to investigate soil issues, especially in known damp patches and boggy areas, or where standing water has been obvious.

“On fields that have been cleared, there is an opportunity to go and dig holes and clear ditches. Knowing if the water can drain away is a good start.”

The next step is to take a closer look at the top 15-20cm of soil, he advises. “If compaction is the problem, rather than drainage, then there will be platy structures in the cultivations layer. Just sticking a fork into the ground will give you some idea of the level of resistance that roots might be encountering.”

Winter wheat is more tolerant of compaction, followed by oilseed rape, which is quite sensitive, then legumes and finally root crops, he reveals. “It can still cause a 10-15% reduction in wheat yields, but in beans that figure can be as high as 60%.”

Where there is a joint need to correct soil structure and reduce the grassweed burden, careful thought must be given to the depth of any ploughing or remedial work, he advises.

“Burying blackgrass seed can have an immediate impact, as it only tends to emerge from the top 5-10cm. So burying it to a depth of 15cm is usually effective.”

However, for blackgrass control, it needs to remain buried for at least three years, stresses Dr Dawkins. “That’s important because you don’t want to bring up old seeds before their time. So if you ploughed in the previous two years, you need to think about where the seed will end up. That may mean ploughing deeper this year.”

Ploughing technique is also vital to success, he points out. “The soil has to be fully inverted and the seeds completely buried. Ploughing can make a big difference to weed control, but it can also make the problem worse. So it has to be done correctly to work well.”

Direct drilling, which does not feature strongly in the 4cast data, has been tried by some, he reveals. “On our top-performing farms, there’s been a move back to conventional establishment techniques. It’s not for everyone and soils have to have some element of self structuring for it to be possible.”

Looking ahead, Dr Dawkins predicts that crops such as beans will become more popular as CAP reform becomes a reality.

“Not only are they more sensitive to soil structure, they tend to produce an open canopy. So help from cultivations, mainly in the form of ploughing, will be necessary for weed control.”

His final point is that there is a link between the current yield plateau in wheat and poor establishment.

“We know the length of roots at flowering is a good indicator of final yield. So conditions that limit or impede root development are going to have a negative effect on yield and will contribute to the variation in on-farm performance.”