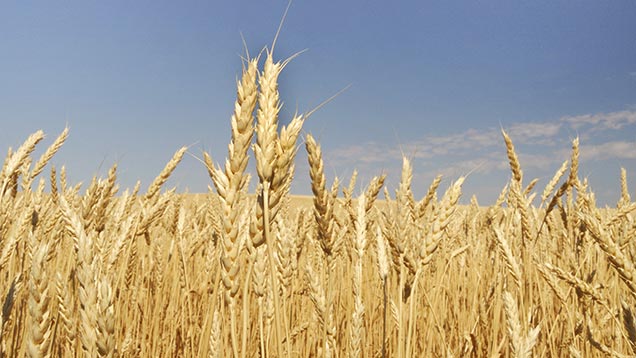 No-tillage and cover crops are the way forward for one Canadian grower who is swapping his machinery for deep-rooting plants to boost his profits.

The switch has also helped Blake Vince to cut fertiliser and fuel costs while helping to improve the health of his soils by building up organic matter.

Mr Vince farms more than 520ha of land near the shores Lake Erie in Merlin, Ontario, with a rotation that includes maize, soya beans and winter wheat.

“The soil is the one of the few things you can control and the benefits of managing it correctly are huge,” he said.

Based on poor draining Brookston clay soils, Mr Vince has never used a plough on his farm, and believes this is one of the key factors to his success.

Minimal-tillage first started on his farm in 1982 and he has not looked back, with all operations moving to a no-tillage approach in recent years.

“It is all about keeping living plants covering the soil, capturing solar energy and using photosynthesis to build carbon back into the soil,” he added.

He has already seen big savings on nitrogen and spray applications, and has noticed an increase in farm profitability.

“It’s not necessarily building yield every time. We are using far less inputs and, as a result, the profit margins are being increased dramatically,” he told this month’s Sentry farming conference.

He said using legumes will reduce the cost of fertiliser on an annual basis, while cutting the amount of tillage passes will cut manpower, fuel and machinery costs.

“It looks like the greater the diversity of species then the higher yield you can get after they have died off,” he said.

Mr Vince added that he has seen some of his best wheat and maize crops when following clover cover crops.

Pests, disease and weed control can all benefit from his no-tillage and cover crop approach, according to Mr Vince.

He explained that undisturbed soils provide the ideal habitat for natural predators such as ground beetles, which can tackle slug populations.

Mr Vince warns that growers are often caught in a farming routine, but points out his approach can boost profit and improve soil structure.

“The effects could be mind numbing in the UK if it is taken up on a large scale. It goes against convention and tradition, but the sky is the limit, it just needs a different way of thinking,” he added.

Growers that are looking to build nitrogen into the soil should look at a legume, but if soil tilth needs also to be improved, they should consider a triticale, ryegrass or cereal rye which offer a fibrous root, said Mr Vince.

“To break up soil compaction, try a deep-rooted crop like radish, turnips or canola,” he explained.

He pointed out growers need to start slow and know what they are trying to achieve with the cover crop.

“The more diverse the species the better, however you need to consider their role and how they operate in the soil,” he said.