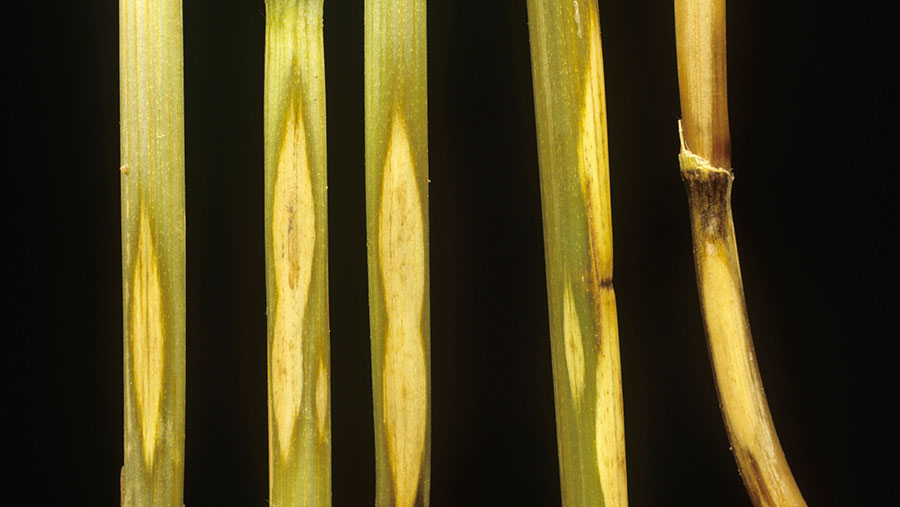 An often-overlooked cereal disease capable of causing yield losses of up to 30% could be lying unnoticed in more than half of English wheat fields, according to one researcher.

The fungus Rhizoctonia cerealis is traditionally associated with the stem base disease sharp eyespot, causing lodging and empty white ears.

However, research carried out by Rumiana Ray, associate professor of plant pathology at the University of Nottingham, shows it can also cause damping-off much earlier in the season.

Damping-off is where germinating seeds rot away in the soil, leading to reductions in crop emergence and plant numbers.

“It is well known that other important seedling diseases associated with Microdochium and Fusarium species cause damping-off, but we didn’t know Rhizoctonia cerealis can do the same.”

A further study by the University of Nottingham of more than 100 English wheat fields revealed that 54% contained Rhizoctonia cerealis in the soil.

“Ultimately, Rhizoctonia can cause yield losses in cereals of up to 30%,” says Dr Ray.

However farmers rarely, if ever, target the disease for specific treatment. Instead, control usually relies on any cultural methods that the farm may be using at the time.

“Of these, it is unlikely that drilling date has much effect on the pathogen, although diversity of crop rotation and cultivations will have some effect.”

Other research at the university examined the effect of seed treatment use on the disease.

In a field experiment with plots inoculated with Rhizoctonia cerealis, wheat emergence was improved by up to 23% compared with untreated seed when a seed treatment based on the SDHI fungicide sedaxane was used.

Under high pressure from the disease, the treatment also increased root length by 50%, restoring it to almost the same length as in uninfected plants.