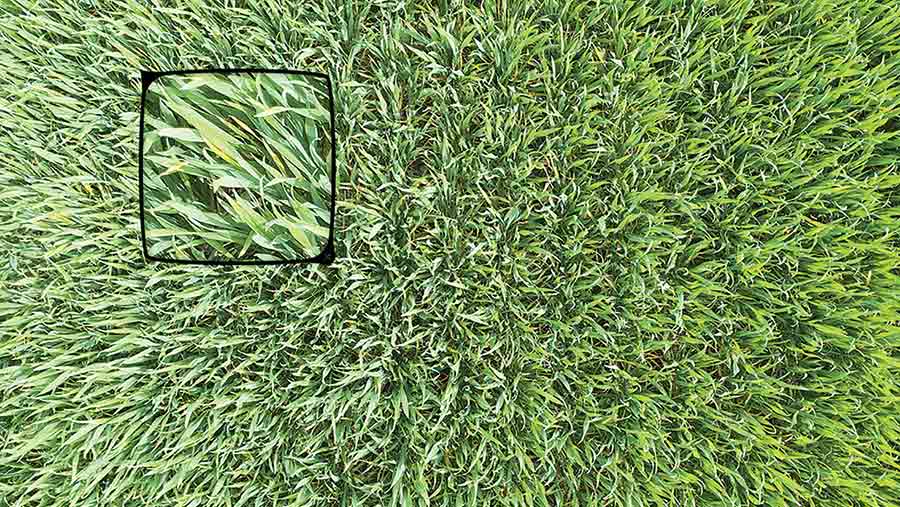 Growers will be able to identify wheat diseases up to five times faster than conventional crop walking, thanks to the launch this spring of a new mobile phone app which uses drone imagery.

The app, named Skippy Scout and developed by technology pioneer firm Drone Ag, aims to pinpoint diseases such as yellow rust and septoria tritici earlier in a crop’s development.

Jack Wrangham, the company’s founder, explains how the app offers farmers and agronomists an opportunity to identify diseases more rapidly to prevent yield losses and improve quality, which will ultimately improve margins.

“Spotting signs of common diseases as early as possible has become increasingly important in their prompt control.

“In minutes a drone can take detailed images of multiple points in a field to identify early signs of common crop diseases, which is then sent to the user’s phone in real time,” he says.

These images can then be used to identify the extent to which disease is affecting leaves, which is particularly crucial at this time of year as growers hope to protect crops from foliar pathogens. 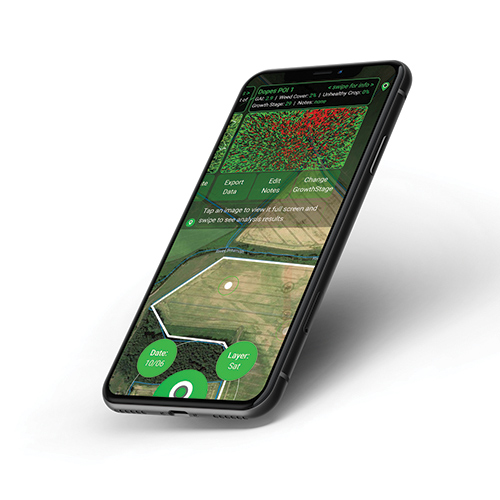 The new technology will also allow farmers to share images of crops with their agronomists between visits, so users can follow a crop’s development more closely.

Agronomist Robert Ord, who works for MSP Agriculture and is using the app, highlights its benefits: “This technology gives me an accurate image of how crops are developing, and by using the app, or looking at images sent to me, I can identify disease before it becomes too established and protect crops earlier,” he says.

In addition to high resolution images, the company is also developing artificial intelligence to interpret drone images which will inform app users of what type of disease is potentially present.

This will minimise the time required to interpret images, meaning a more rapid approach to disease control can be taken.

The mobile app is now available to download for £30 a month. It can be used with almost any drone.