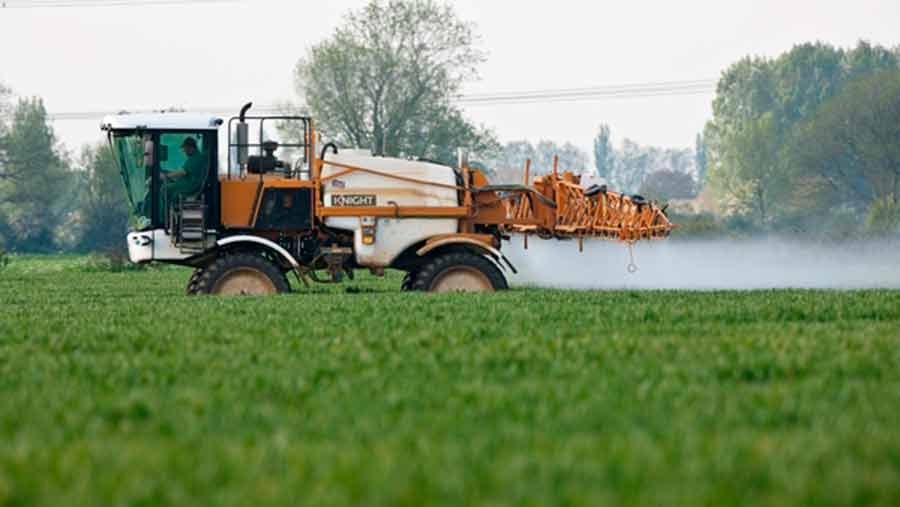 A wheat fungicide product has been launched ahead of the all-important T2 spray timing, claiming to be a “potent combination” for septoria and rust control.

Agrochemicals company BASF says its new product Priaxor EC, which contains an SDHI plus strobilurin chemistry, is aimed squarely for spraying at the flag leaf growth stage – a vital part of the crop to keep free of disease to build yield.

Mark Hemmant, technical manager at Agrovista, which is the sole distributor of the product this season, hailed the new product as a “major step forward” for control, welcome in years with high wheat disease pressure.

Priaxor EC contains 75g of BASF’s Xemium SDHI (fluxapyroxad) and 150g of pyraclostrobin per litre, while the addition of Eclipse in the tank mix gives 84g of epoxiconazole and 250g of fenpropimorph per litre.

The product’s standard dose is set at 0.83 litres/ha, but BASF says this can be tailored down to 0.6 litres/ha or up to 1 litre/ha, depending on the septoria pressure in the crop.

Given the recent changeable weather and the difficulties this has caused growers with applying a timely T0 and T1 spray, he says crops will need some looking after at T2.

“With all fungicide programmes we need to remain in a protectant situation wherever possible, we didn’t think our Librax (fluxapyroxad + metconazole)/Ennobe (epoxiconazole + prochloraz) combination could be beaten.

“But from what we’ve seen in trials, Priaxor EC plus Eclipse looks to be a major step forward – it’s as good as anything on septoria and much better on rusts.

“This is probably the most potent combination we’ve seen against the key wheat diseases.”

Mr Hemmant says he believes this combination will have a broad appeal, adding that a robust dose of pyraclostrobin can still have a positive effect against septoria and is strong on yellow and brown rusts.