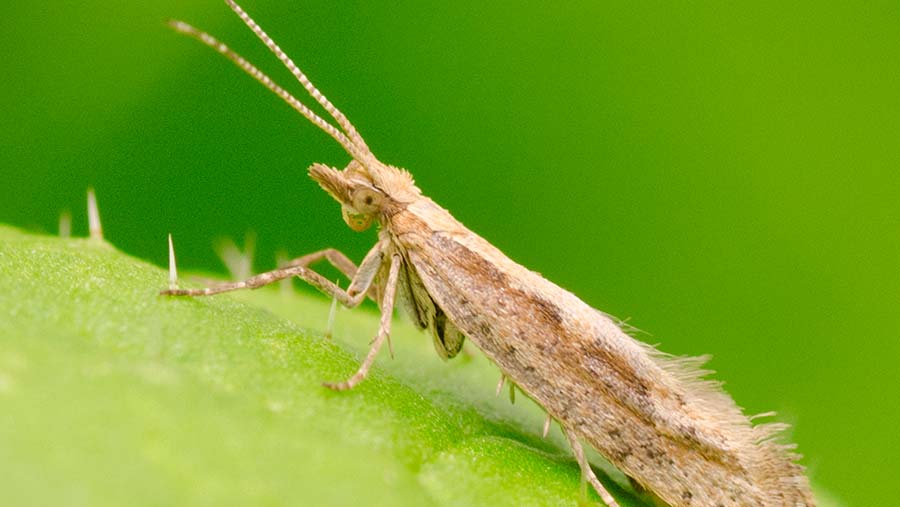 Unusually high numbers of diamondback moths are arriving into the UK from the Continent and brassica growers are urged to seek professional advice to control this potentially devastating pest.

The diamondback moth is a sporadic problem in the UK and control may not be necessary every year, but the Rothamsted Insect Survey is reporting exceptionally high numbers this season – the highest since 1996.

The pest can cause significant damage to oilseed rape and vegetable brassica crops such as cabbage or cauliflower, with adults laying eggs on leaves and larvae hatching to defoliate plants.

“Normally, we gather the data at the end of the year from the volunteers that run light-traps around the country, but on the basis of these reports I contacted them and asked them to provide the data they have so far and they reported much higher numbers than usual.

“In our light-traps here at Rothamsted we have in two nights seen the same number of diamondback moths we usually record in a year, and this is reflected elsewhere in the network.” 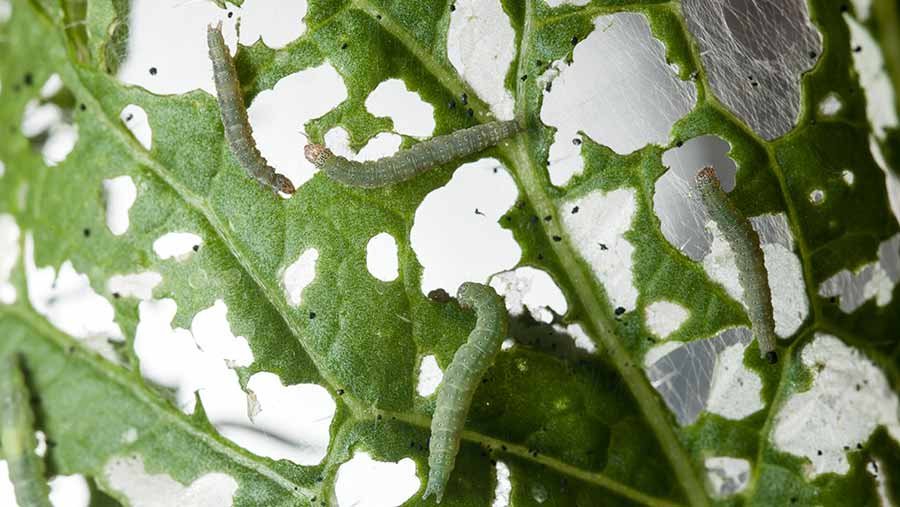 Mr Shortall is concerned for cabbage and cauliflower growers in particular, leading him to inform relevant organisations and growers as early as possible.

He added that if the summer weather is warm and favourable for the reproduction of the moths, there could be an explosion in numbers by the end of the season.

The diamondback moth is a species often described as a “super-pest” because they have been found to be resistant to most insecticides, including pyrethroids and diamide.

Due to this potential resistance, Steve Foster, senior scientist at Rothamsted Research, said his team will aim to study moths currently moving into the UK to identify if they are resistant to available insecticides and look for potential management methods. However, he warned this could take a number of weeks.

“Growers should seek advice from their agronomists and authorised advisers about how to manage the pest on their farms. We will aim to provide all scientific information when the data is available,” added Dr Foster.