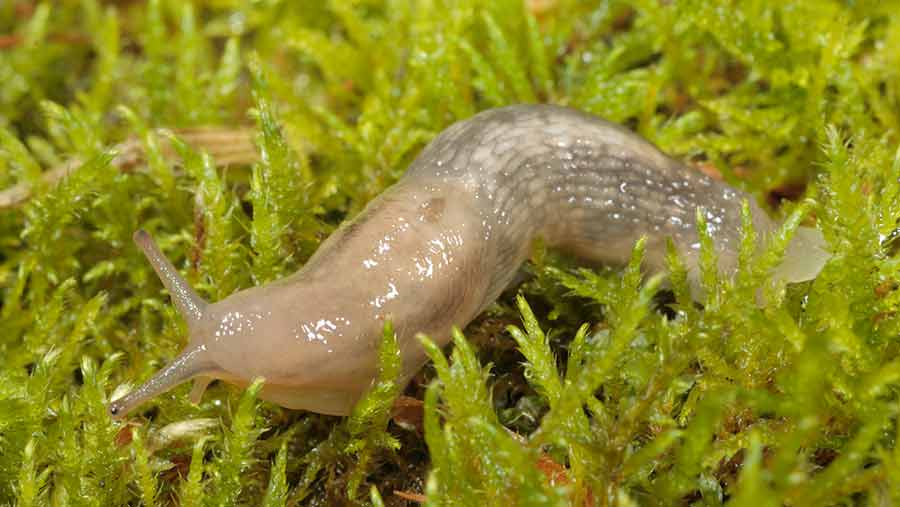 The abnormally warm winter coupled with a soggy summer has resulted in a generation of “sleepless slugs” responsible for a rise in crop damage across the UK.

Conditions last winter and the early part of this spring were not cold enough to send slugs into hibernation and now the conservation charity BugLife has predicted growers will see the slug population surge as a result.

Slugs will stay active while temperatures remain above 5C and the charity says the pest could lay up to 200 eggs/cu m.

Last December was the warmest since records began, with average temperatures hovering around 8C – making it feel more like spring than winter.

This was a dramatic contrast to the freezing conditions felt at the end of April, with snow, hail and heavy frosts taking crops and growers by surprise.

Across many parts of the country slugs have been reported by growers and agronomists as a particularly troublesome pest in recent months, with spring drilled crops at greatest risk.

Slugs having a go at spring barley so time to spin some pellets on. #clubhectare #farming365 pic.twitter.com/fW3zrQBfs0

Finding a few #slugs having a munch on the wheat this morning, just a reminder to keep an eye on the spring crops pic.twitter.com/J2mH3SzWrX

Slugs chomping their way through the spring barley on heavy clay pic.twitter.com/zqvuteaBzC

Plenty of active slugs on land awaiting to be drilled with spring wheat. pic.twitter.com/pR6vzsurrN