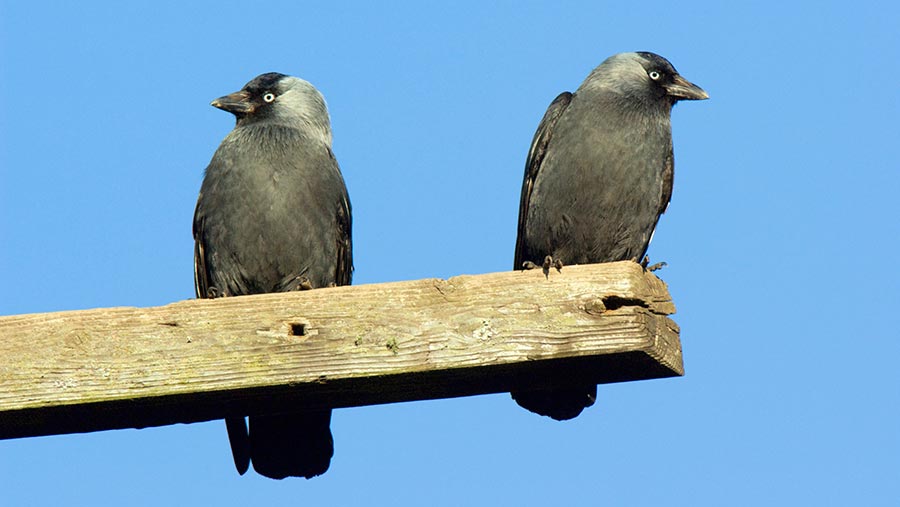 To pay for the challenge, which the group says will cost about £42,000, Wild Justice has launched a crowdfunding page.

“This is the latest in our challenges of the legality of the general licences which allow the casual killing of millions of birds across the UK,” Wild Justice said in a statement.

“Although NRW identify the purposes of their general licences, for example nature conservation, protecting crops from serious damage and human health, they do not identify the circumstances under which there is no non-lethal alternative to using lethal control.

“This, we argue, is unlawful and amounts to allowing casual killing of otherwise protected birds.”

This covers nature conservation – allowing the shooting of jackdaws, jays, magpies and carrion crows to protect the eggs and chicks of 143 other bird species in Wales.

As well as the issue around shooters needing to prove they have tried non-lethal means first, Wild Justice says there is “precious little evidence” that jackdaws in particular pose any threat to other bird species. It wants jackdaws, jays and magpies removed from the list.

The group also claims that the other main Welsh licences – GL001 covering pigeons and crows in relation to attacks on crops and livestock, and GL002 in relation to feral pigeons – have similar legal flaws.

But it admits “we might not have challenged them if they weren’t associated with the awful GL004”.

The legal challenge has been condemned by the British Association for Shooting and Conservation (BASC), which urged Wild Justice to reconsider its action at a time of national crisis.

Steve Griffiths, BASC Wales director, said: “It seems wholly inappropriate for Wild Justice to launch this further action when the people of Wales are panicking about their lives and livelihoods.

“This action isn’t just an attack on the countryside, it also presents a wholly unnecessary diversion to NRW and the Welsh government at a time when it is rightly giving all of its attention to the problems being thrown up by coronavirus.

“It is, frankly, disgraceful that Wild Justice should seek to throw a legal challenge on top of this.”

The Countryside Alliance has previously called on NRW to “stand up to aggressive and threatening tactics deployed by Wild Justice”.