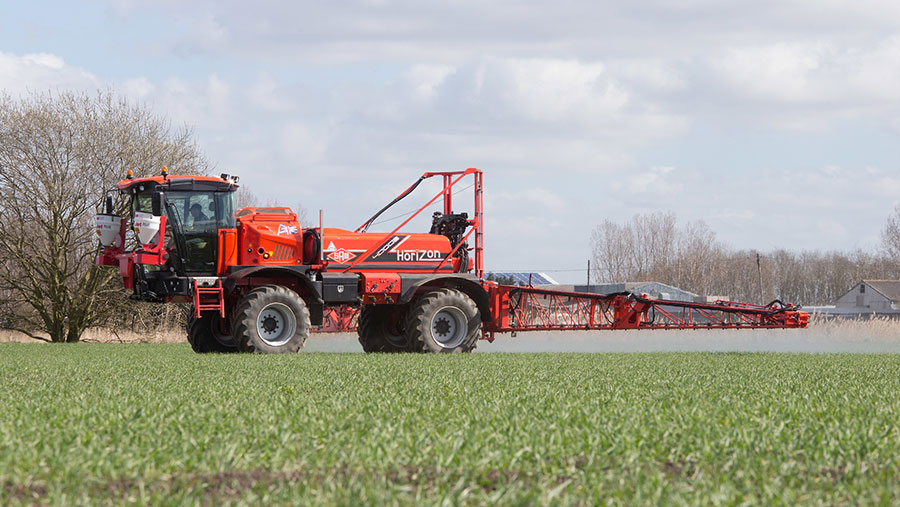 A broad-leaved cereal herbicide for use in the autumn and spring is being launched by Dow AgroSciences based on its new arylex active ingredient.

Called Zypar, this herbicide adds florasulam, as used in Spitfire, to its arylex compound – which was first introduced last year in Pixxaro – and can be used from early autumn growth stages to growth stage 45 in the early summer in all winter and spring cereals except oats.

The herbicide offers a longer spray window than Pixxaro, and when used in the autumn is able to control volunteer beans and manage high populations of cleavers, poppies and cranesbill.

Both are based on the synthetic auxin active halauxifen-methyl, referred to under the brand name arylex, which is the first broad-leaved cereal herbicide developed in the past 20 years, and is effective over a wide range of temperatures.

The contact-acting herbicide product will be available this spring, and can be mixed with plant growth regulators, trace elements, fungicides and other herbicides.

Alex Nichols, the group’s cereal herbicide product manager, says the product has a different mode of action to other herbicides and controls weeds irrespective of temperature with no restrictions for following cropping.

With an alternative mode of action, it can be used by growers with suspected or confirmed resistance to ALS chemistry in poppies and chickweed, while also giving good control of fumitory, fat hen, brassicas and mayweed.

Pixxaro was launched last year for spring use on virtually all cereals, containing arylex plus fluroxypyr.