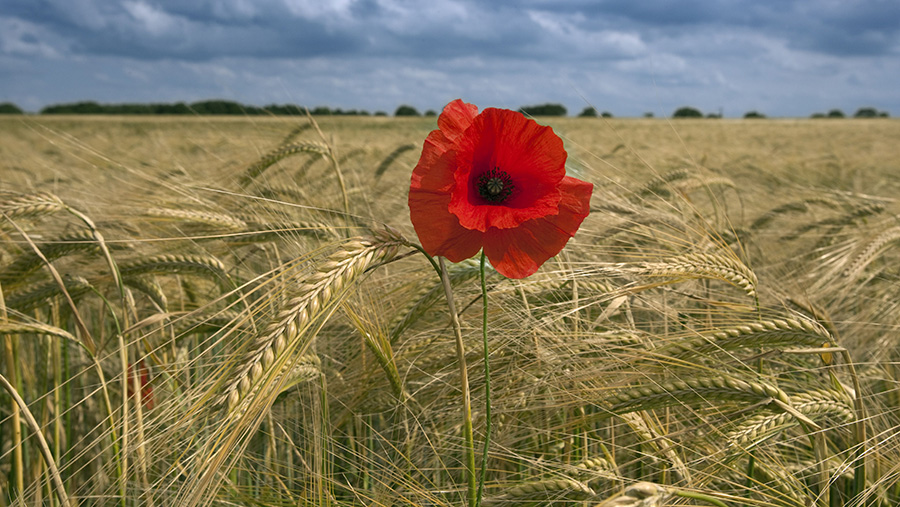 The first new herbicide active for more than 20 years to control broad-leaved weeds in cereals will be available to growers from mid-April for spring clean-up.

The product, named Pixxaro, can be used for spring applications on virtually all cereals and will also help cope with troublesome resistant weeds.

It contains the new active from Dow AgroSciences halauxifen-methyl, referred to under the brand arylex active with fluroxypyr from the group’s Starane.

These two contact-acting herbicides give good control of weeds such as poppies, fumitory, fat hen, cleavers and chickweed across a range of conditions.

The product can be used on all varieties of spring and winter wheat, barley, as well as triticale and durum wheat from GS13 up to GS45, or the flag leaf sheath swollen stage, meaning applications can be made into early June.

Alex Nichols, Dow’s cereal herbicide marketing manager, says its big use will be for a spring clean-up of weeds if residual pre-emergence products have not worked well.

“The big step forward is the product’s robustness over a range of conditions such as when it is cold or dry,” he tells Farmers Weekly.

See also: Help is at hand to cope with resistant broad-leaved weeds

Dr Nichols says the active is a synthetic auxin like others in the group’s portfolio, such as Dow Shield and Starane, but has a different mode of action so will be useful against resistant weeds.

It also has good compatibility with a number for fungicides, plant growth regulators and grassweed killers, which will be useful in an often busy spring spraying season.

The product was cleared by UK regulators earlier than expected, and now should be available from distributors from about mid-April.

The product can be used in winter cereals after 1 February and spring cereals after 1 March on most cereals apart from spring oats while there are no restrictions for following crops.

The new active is expected to form the basis of a range of products with an autumn-applied herbicide expected to be launched later this year.