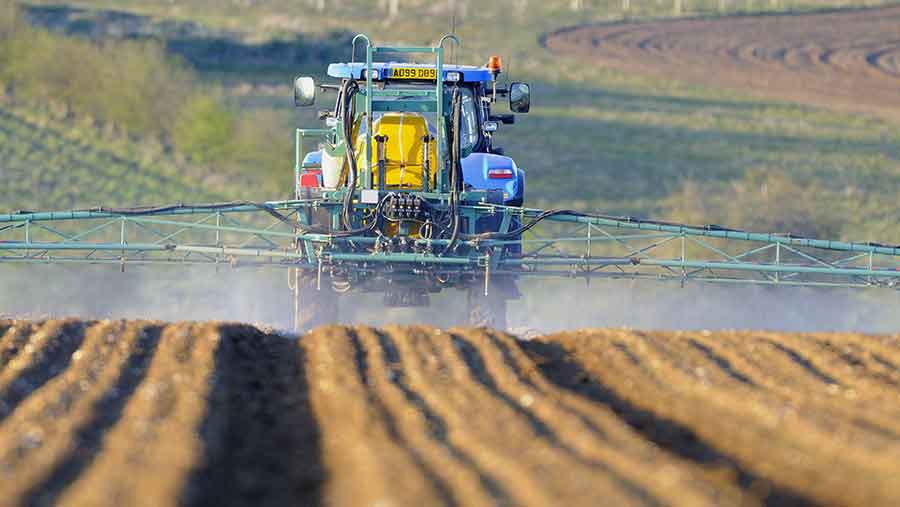 A key herbicide used on potato and pulse crops will no longer be on sale in four months’ time.

The Chemicals Regulation Directive has confirmed that linuron, a key residual herbicide active against broad-leaved and grassweeds, is being withdrawn in June.

A phenylurea, the residual pre-emergence active, has been the mainstay of potato weed control for about 25 years. Linuron also has a role in pulses and vegetable crops like carrots and parsnips.

Under the withdrawal notice, the active can be sold and distributed up to 3 June 2017 and growers will have a year to use any leftover stock, which must be disposed of by 3 June 2018.