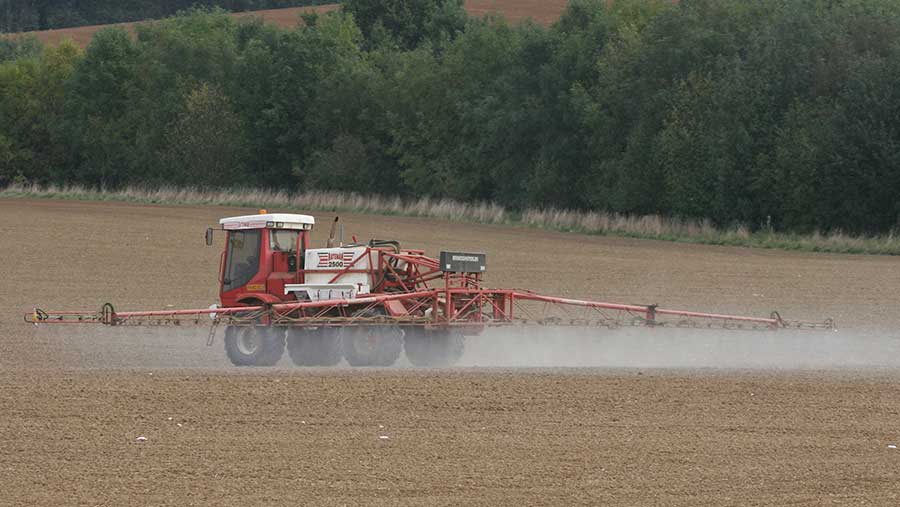 A contact herbicide for use as an early season post-emergence treatment against a range of key weeds in oilseed rape is set to fill the early autumn gap in control.

Recent years have seen farmers cut back on pre-emergence herbicide in oilseed rape, which is largely due to an increased reticence towards spending on crops which may not survive the autumn flea beetle onslaught.

This leaves a gap in weed control between the August/September drilling window and the application of post-emergence treatments in November.

To fill this gap, Adama has taken a herbicide active with a proven and reliable track record in sugar beet and developed it for use in oilseed rape.

Containing 320g/litre of phenmedipham, Parish can be applied to oilseed rape when the crop has two true leaves and before nine leaves are unfolded.

“Parish provides an effective solution to hit vigorous young weeds when they are small and susceptible without any potential knock-on risk for following crops,” he says.

The company adds it should be applied to weeds from cotyledon to two true leaves and can be applied at a maximum total and individual doses of 1.1 litres/ha, with a seven-day interval between applications.

Parish is unaffected by soil type, is not an ALS-inhibitor herbicide and, crucially, does not limit following crop options in the event of oilseed rape failure.

Variety restrictions for Adama’s triple-active herbicide Tower have now been removed from the label, making it suitable for use in all available commercial winter wheat varieties.

It can be used as a pre- or post-emergence treatment at 2 litres/ha up until leaf sheath erect stage.