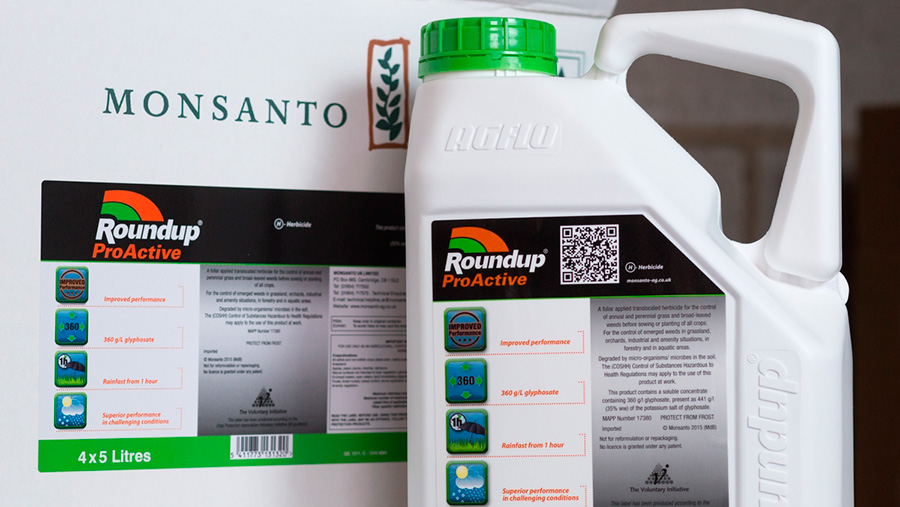 Organic farming campaigners are urging millers and major supermarkets to avoid using wheat treated with glyphosate in the run-up to harvest.

The Soil Association (SA) has written to bread companies and retailers asking them to “put a stop” to glyphosate as a pre-harvest desiccant in their supply chains.

It is the latest salvo in an ongoing campaign by the organic farming organisation for a pre-harvest glyphosate ban.

Association policy director Peter Melchett said: “For users of UK flour, the key step must be to ban the use of glyphosate as a pre-harvest desiccant on crops due to enter the human food chain.”

This would prevent what was a powerful weed-killer from being sprayed on food crops just before they were harvested, added Lord Melchett.

A ban on the pre-harvest use of glyphosate on wheat destined for breadmaking has long been the focus of the association’s Not in Our Bread Campaign.

Lord Melchett said the association was again calling again for bread manufacturers and flour millers to insist on a glyphosate-free supply of UK cereals destined for human consumption.

He added: “There is still time to achieve this before this year’s harvest begins.”

UK millers’ association Nabim is yet to reply to a Farmers Weekly request for a response to the SA letter.

This reduces the time taken to harvest a typical cereal crop, frees-up labour and machinery for other harvesting and cultivation operations as well as saving diesel costs.

Available in a number of formulations, glyphosate was originally developed in the 1970s by Monsanto, which continues to sell it under the trade name Roundup.

Farmers are told to ensure glyphosate residues are kept to a minimum and follow good agricultural practice to ensure they are below the maximum residue level.

Farmers must not harvest earlier than the minimum recommended harvest interval and the earliest harvest is never less than seven days after treatment.