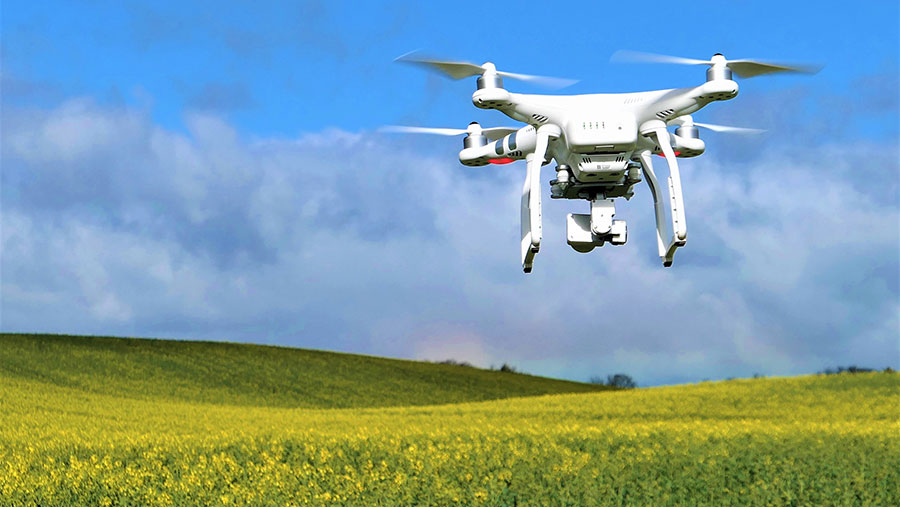 A new smartphone app offers farmers a cheaper and easier way to monitor their crops, simply with a mobile phone and a cheap drone.

Developed by Northumbria-based Drone Ag, the Skippy Scout app will fly the farmer’s drone and collect high-resolution images at various points in the chosen field.

Jack Wrangham, who founded Drone Ag with his brother Hugh on the family farm, explains that the images are then downloaded straight to the phone.

Images are then ready to be analysed for crop growth stage, green area index, the presence of weeds and disease.

“You can then share the data from your phone at the field’s edge.”

This is the first software from the drone company and what makes it different to competitor systems is that it will control the farmer’s drone.

“In terms of taking and analysing photos, it’s like other crop-scouting apps you can get, except with Skippy your phone camera can fly around the field by itself.”

He believes it makes field scouting more efficient through the use of affordable drone systems, which many farmers and agronomists already own.

“The aim is to save time, while also providing more information which can be easily shared.

“You can use popular drone systems like the DJI Mavic and Phantom series, using an iOS-based mobile phone. These drone systems can be purchased for as little as £500, so the cost of entry is relatively low,” said Mr Wrangham.

The Skippy Scout app will be free during its launch and testing phases, starting next month (November). Farmers can sign up for early access at the Drone Ag website.