Nufarm is a global manufacturer and supplier of crop protection chemicals. It synthesises and manufactures a wide range of chemicals including MCPA, 2-4 D, CMPP-P 2,4-DB, MCPB, 2-4 Dichlorprop-P.

Nufarm has produced phenoxies over 50 years and operates the largest flexible phenoxy production site in the world, at its state of the art’ global production plant near Bradford, West Yorkshire. The site also manufactures glyphosate, intermediates and inhibitors.

Whilst weed resistance to acetolactate synthase (ALS) chemistry continues to grow amongst broad-leaved weeds in particular Chickweed, Mayweed and Poppy, in varying degrees according to geographical location, growers have another weapon in the armory – phenoxies, says Nufarm’s Dan Macdonald.

“It’s important not to let this resistance situation drift. It’s time we looked at supporting chemistry to SUs, comments independent consultant, Keith Norman. “We need phenoxies, they are both good value and effective; they are flexible in terms of timing and they have been tried and tested for years.

“However, since phenoxy herbicides are quite specific in the spectrum of weeds they control, it’s important for growers to double check what is covered by each of the options.”

“Furthermore, since Clearfield oilseed rape varieties are securing a larger part of the market there is also a need for alternatives to SU to keep volunteer weed resistance in check,” he says. “We need non-SU options and phenoxies might fit this job.” 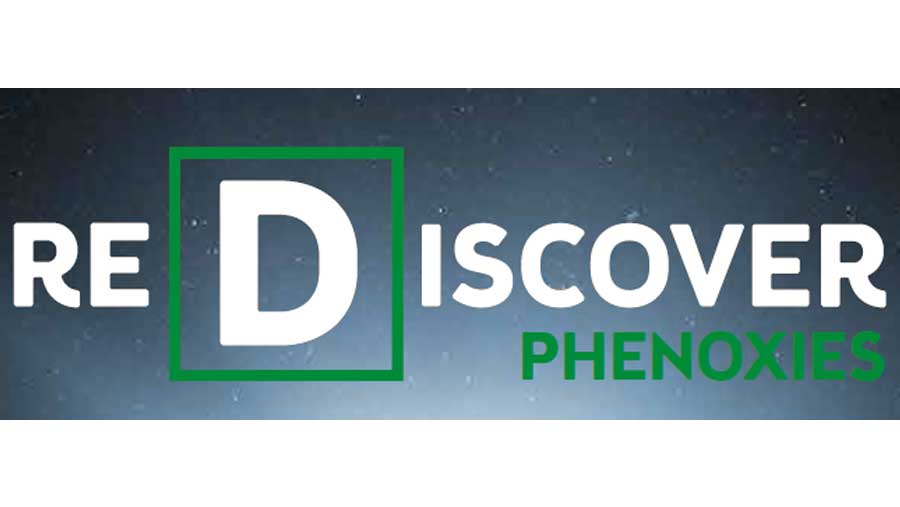 Phenoxy chemistry is nothing new, in fact it has been commercially available for over 70 years and remains amongst the world’s most widely used herbicides.

Phenoxies is a general term to describe a group of herbicides that mimic the effect of natural plant hormones called auxins. They are formulated from acids, normally as salts and sometimes, as esters for cost effective broad spectrum weed control in cereals.

The phenoxy group includes MCPA, 2-4 D, CMPP-P, 2,4-DB, MCPB, 2-4 Dichlorprop-P, which are manufactured at Nufarm’s site near Bradford and other sites across Europe.

Phenoxies have a significant role to play going forward in managing resistance because they have the lowest risk of fostering resistance development.

Phenoxy herbicides have the lowest risk of fostering resistance development due to their mode of action.

It over stimulates plant cells causing abnormal plant growth and subsequent death. So far, the full mode of IAA has yet to be understood in detail, however researchers have confirmed that IAA binds to auxin binding proteins located in the cell membrane, endoplasmic reticulum, the cell nucleus and cytoplasm.

Following application, leaf absorption occurs within four to six hours and concentrates within the plant’s actively growing regions – the meristematic tissue within the stem and roots; the phenoxy interferes with the plant’s metabolism, protein synthesis and cell division and nutrient transportation within the plant which has no mechanism to control the concentrations of these ‘imposters’.

Phenoxies are well tolerated by cereal crops within a range of crop growth stages for winter and spring cereals, it’s possible to apply MCPA up to GS39 in wheat; they have the potential to kill almost all plants – simple perennial and creeping perennial weeds with just one or two foliar applications. 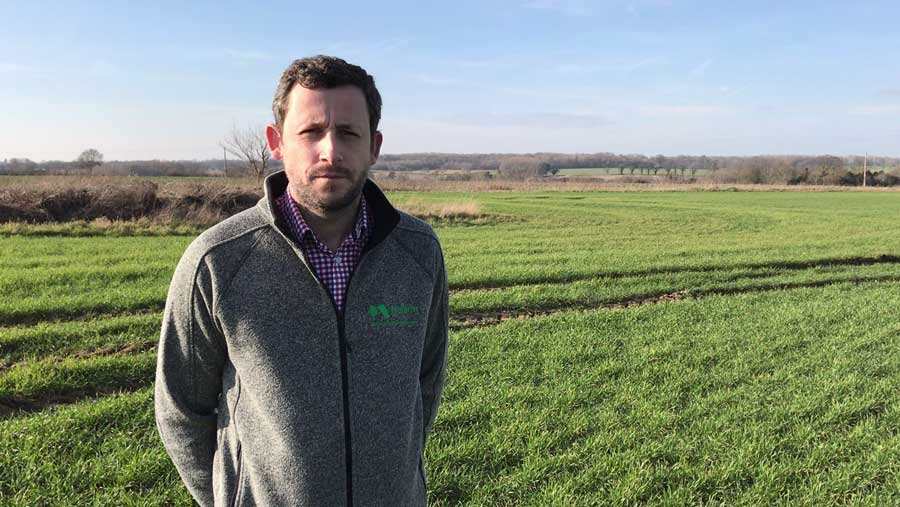 Phenoxy herbicides are providing a solution to the increasing issue of Clearfield volunteers.

Clearfield oilseed rape hybrids continues to expand; since 2014, the area has doubled each year to over 10% of the UK’s oilseed rape area amounting to an approximate 60,000 ha.

Whilst Clearfield hybrids offer various benefits including the ability to control broadleaf weeds without having to rely on pre-emergence herbicides, growers must contend with the challenge of controlling volunteers.

Traditionally, volunteer OSR is controlled using SU’s such as metsulfuron. Clearfield varieties have an ALS tolerance built in and therefore group B chemistry will have no effect on the volunteers. Nufarm has a range of non-group B chemistry, including phenoxies that will control Clearfield volunteers in a number of crops. 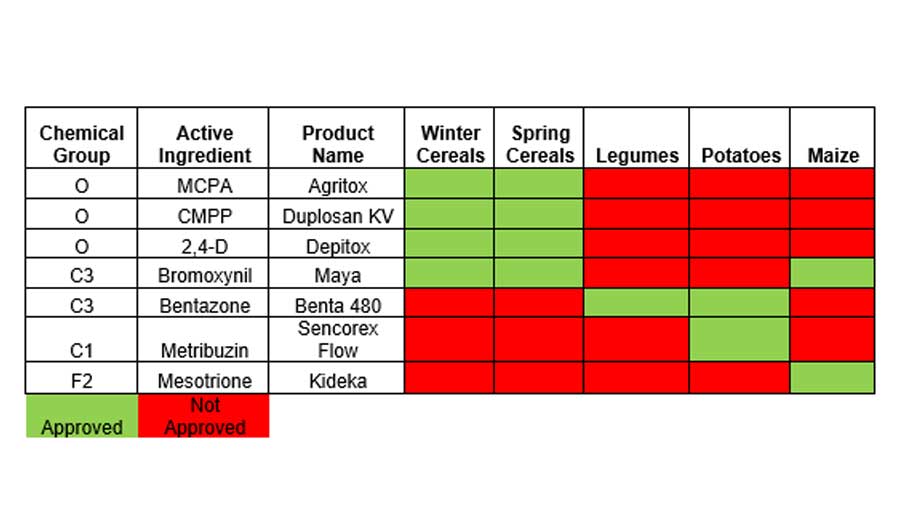 Cereal crops can be sensitive to phenoxy application at several growth stages throughout the season. These sensitive timings usually coincide with periods of high growth or reproductive activity.

Six pointers to getting it right 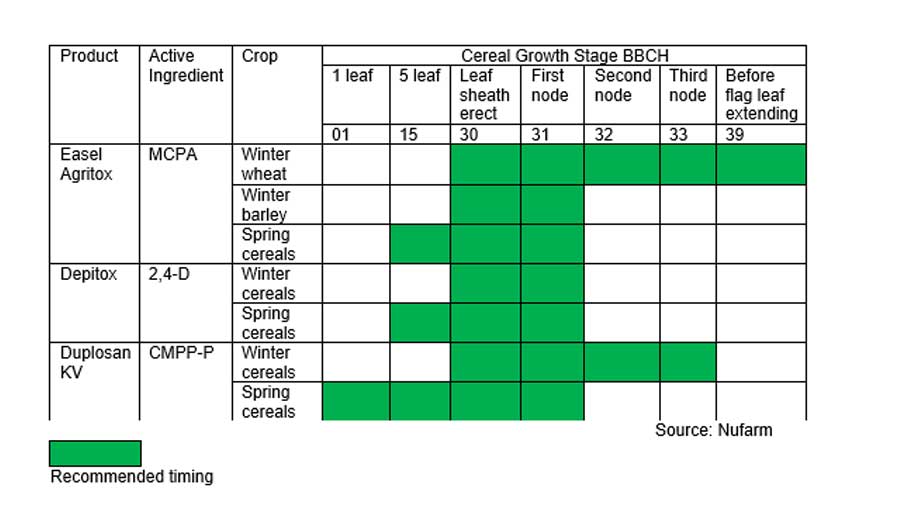