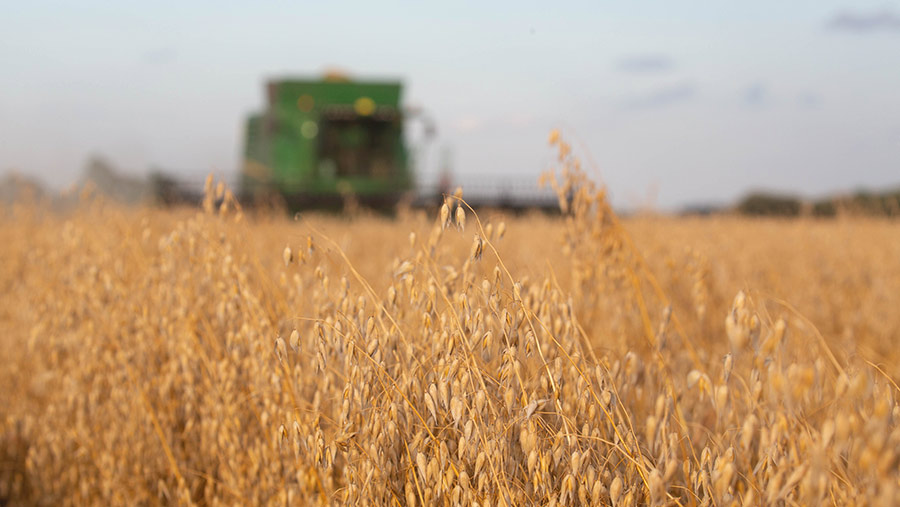 The spring oat variety Isabel, from KWS, joined the ADHB Recommended List in 2020, at a time when there was a great deal of interest in the spring oat crop, but disappointment with its performance.

Bringing higher yields, a better specific weight and lower screenings than other recommended varieties, Isabel compared favourably to its closest rivals and was seen as a step forward.

Its arrival came after two years of unkind weather and difficulties with getting consistent results from spring oats.

Brin Hughes, agronomy manager with Bedford-based Richardson Milling, highlights that the crop’s fortunes have improved since then, with 2020 being the best year that the company has seen for spring oat quality.

“In both 2020 and 2021, we had spring oat varieties going through the mill that had hulling losses under the critical 30% level,” he reports.

“That was achieved from a number of spring oat varieties, including Isabel, which we were delighted with.”

Despite both of those years having dry springs, there was enough rainfall in June for the crop, which has a high requirement for moisture, he says.

“The way that the crop is grown is important, but so too is the amount of rain that falls in June. Crops from areas where there was enough moisture at this time were very good.”

Now in its second year of commercial availability, Isabel has much to recommend it, he says. Compared with its KWS predecessor, Elyann, Isabel brings agronomic and quality improvements, so it meets many of the parameters that farmers like to see.

“That’s good news,” says Mr Hughes. “There’s an urgent need for better spring oat varieties that perform well on the farm and in the mill, so variety developments are always of interest to us.”

For reasons of consistency and reliability, Richardsons still takes in a higher proportion of winter oats, he says, with premium-earning Mascani the preferred variety. “If the plant breeders could produce another Mascani in spring form, that would be ideal.”

In the meantime, he is happy to buy spring oats that have low hulling losses, low screenings and a high specific weight. From the current Recommended List, that means Isabel, but also Elyann, Canyon, Aspen, and a very small amount of Firth.

James Maguire, special crops sales manager at KWS, says that the popularity of the spring oat crop has been driven by the lack of blackgrass chemistry for use in winter oats, the problems with oilseed rape and the need for wider, more diverse rotations.

“Spring oats account for almost 45% of the total oat area and our variety Isabel is grown on half of that land,” he estimates. “They work as a semi break crop and the straw value is good.”

Early drilling seems to work best for both yield and quality, he reveals, with trials indicating that a seed rate of 200-250 seeds/sq m should be used in the early stages of the February to April drilling window.

“In terms of nitrogen, we’ve seen optimum yields from 120-150kg/ha of N. Isabel is stiffer than most of the others on the list.”

He accepts that spring oats are no different to any other crop drilled at that time for their susceptibility to a spell of dry weather, but notes that Isabel has made a good impression on the market and seed is selling well in its second year of commercial availability.

Merlin from Cope Seeds and Lion from Saaten Union are now recommended, with Merlin matching Isabel for yield on 105%.

Lion, which has a less competitive yield of 99%, was recommended for its grain quality, which includes a kernel content of 76.2% and a specific weight of 52.1 kg/hl. 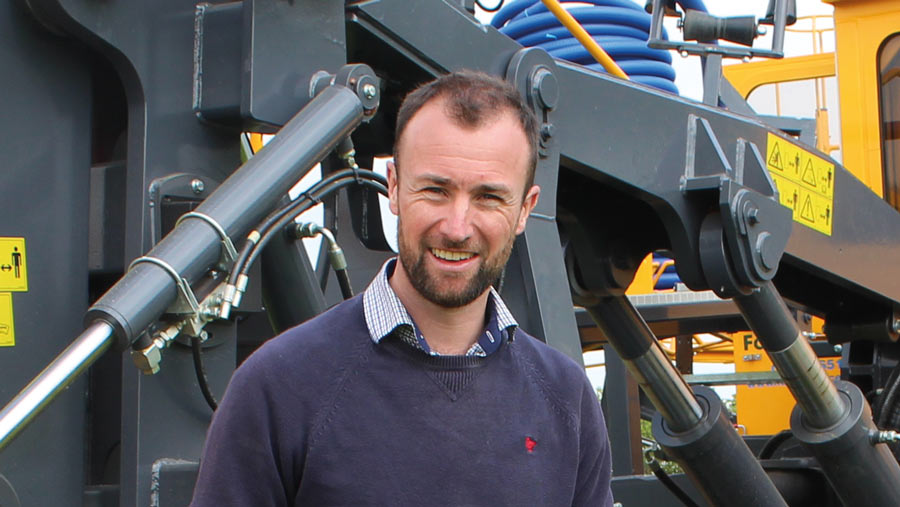 The search for another break crop with reasonable market prospects led farm manager Hamish Stewart to introduce spring oats back in 2016.

Keen to move away from oilseed rape and with winter oats already being grown on contract for Jordans, he was aware of the quality specification for milling and was in an existing dialogue with the miller.

As such, he was able to seek information about suitable varieties before committing to the crop, and went on to grow Firth and Elyann, before moving on to Isabel in 2020.

“Spring oats are a low-input crop with a reduced nitrogen requirement compared to many, and they help to spread our combine capacity at harvest,” says Mr Stewart.

“But they have to go for milling – there isn’t another option.”

Although Mr Stewart has still to deliver his 2021 crop, Isabel performed well on the farm and will be going in the ground again next spring, he confirms.

With 80ha of the crop, he is pleased that the variety’s hulling losses are lower than those of Elyann, which didn’t deliver for the business – albeit in difficult seasons.

“Spring oats are straightforward to grow,” notes Mr Stewart. “Providing we get them drilled in early March, we can be reasonably confident about the quality.”

The crop’s low spend is attractive, with a nitrogen rate of 100-120kg/ha, as is the fact that it is combined after wheat, but before linseed at harvest.

With 15 different autumn and spring drilled crops being grown across 1,600ha on the estate, each one has to fit in with the diverse system.

“Financially, they hold their own and can be better than winter oats, although their abundance as a crop means that there aren’t any premiums.”

He recognises that Mascani maintains its place as the miller’s favourite, so continues to grow the winter crop where blackgrass pressure is low.

“By understanding what the millers want and getting their feedback on variety performance, we can react accordingly. At the moment, for the spring oat crop, Isabel seems to be doing what they want.”