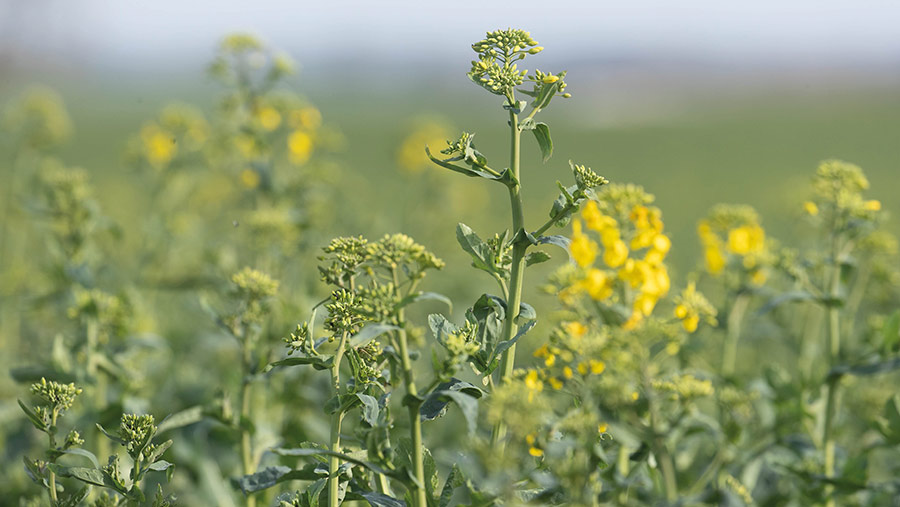 Oilseed rape has continued to hold its own as one of the best break crop choices for grower Kit Papworth in north Norfolk.

He recognises that he has a few advantages when it comes to growing the crop.

Light soils and a diverse rotation have helped to keep pest pressures down in recent years, while attention to detail at drilling and greater emphasis on the establishment stage ensures that the crop gets up and away.

See also: The rules for arable farming in an NVZ in England

His golden rule is that the crop always goes into moisture, which means he is flexible with his drilling date plans and works around the weather forecast and the urgency of other farm operations.

“Whether it takes place in August or September, the drilling window is a really busy time of year on this farm,” he says. “We tend to be lifting salad potatoes and finishing the cereal harvest, as well as putting rape in.”

Mr Papworth’s insistence on seed-bed moisture means that he is prepared to wait until 20 September to drill, if need be, and is not afraid to plough to find it.

While flea beetle numbers are lower than they are in other parts of the country, if there is a check to the crop at its most vulnerable stage the pest has an advantage, he says.

“Like many other farms, we did go down the min-till route and try a one-man, one-pass system for oilseed rape, but we’ve changed that and are now giving the crop’s start much more emphasis.

“If we need to do heavy cultivations in front of using a conventional drill, then we will do that. I’m happy to pull the rape drilling team out of harvest to make sure that we give it the resource it deserves.”

He is also using higher seed rates than most, increasing them by as much as 20% over recommendations, which does have a cost implication – especially where hybrids are being grown.

With seed being used as a relatively cheap insurance policy, he acknowledges that the farm spend on seed doesn’t place him at the top of any benchmarking league tables, but believes that he gets a more even crop establishment as a result.

“We only get one chance at establishing the crop and it’s far too valuable to rely on luck.” 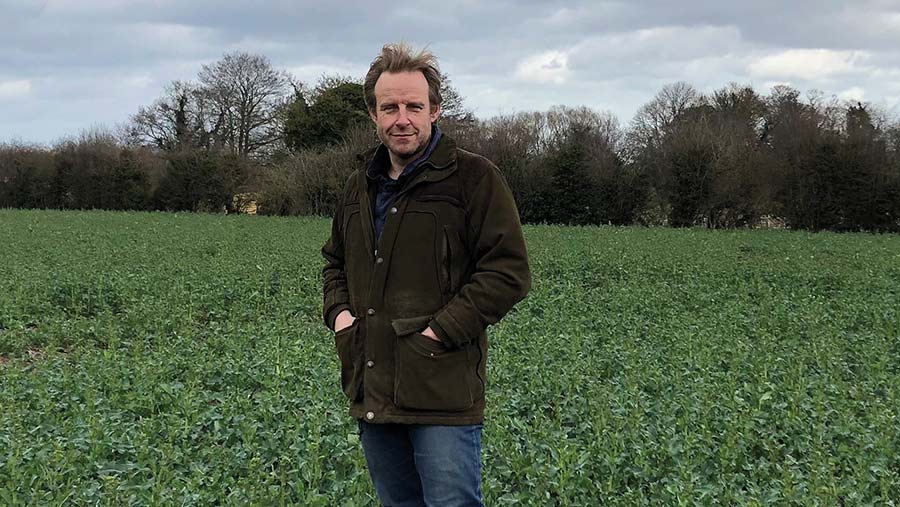 Mr Papworth has not been tempted to companion crop or place fertiliser at drilling, but uses an autumn compound fertiliser once the crop is established and a residual herbicide to simplify spring management.

While the use of high seed rates can lead to thick crops in the spring, he views that as a nice problem to have. The opposite – a patchy, uneven crop – is far more difficult to manage and his experience shows that it tends to get hammered by pests.

At the time of Farmers Weekly’s visit at the end of March, the 400ha of oilseed rape being grown this year had already received its second dose of nitrogen and a very low rate of fungicide, plus some nutrition.

“We’re not expecting to go back into the crop too many more times,” he says. “Our growing costs have increased over the years, but with oilseed rape currently over £400/t, the farm’s average yield of 3.75t/ha means that it stacks up very well.”

He admits to being lucky with the farm’s light, sandy soils, which allow most crops to be grown. A big supporter of sugar beet and other break crops, he is also planning his first quinoa crop this year.

“Looking at the options, it’s hard to beat oilseed rape at current prices,” he says. “It adds value to the rotation and gives us time to get a good crop of wheat established behind it.”

The area of sugar beet being grown on the farm has decreased and may continue to do so if there isn’t a price correction soon, he adds.

There is 400ha of oilseed rape in the ground at LF Papworth Ltd, with hybrid and conventional varieties being grown as well as high oleic low linolenic acid (Holl) and high erucic acid rape (Hear) crops.

The five-year average yield is 3.75t/ha, which includes the disappointing 2020 season, when Kit Papworth had to irrigate two fields straight after drilling to get them up and away.

The crop is grown once in six or seven years, which has reduced any pressures and allowed it to perform consistently over the years, regardless of seasonal fluctuations.

Contract farming for 26 different landlords, Mr Papworth says variety choice depends on his customers’ needs and aims, with some stipulating harvest movement and others hoping to get a greater financial return from storage.

“There are some good premiums out there,” he highlights. “We’ve always been about growing for a market and right now there’s strong demand for both 00 crops and for more niche crops with a specialist oil profile.”

With Limagrain trials and Niab plots on the farm, Mr Papworth gets a close view of a range of varieties and admits to being impressed by the Limagrain portfolio, which has given good results on the farm. Aurelia is one of the mainstays this year.

He will have a provisional rotation for 2021-22 out by May, but stresses that no oilseed rape will be drilled in August if there isn’t sufficient moisture.

“We’ll sit on our hands and wait until the conditions are right. Establishment technique is everything with oilseed rape and we’ve found that traditional methods work best here.”