Cropping heavy land brings its own cost challenges as ploughing is still an important part of crop establishment.

We speak to three growers in the Midlands and Northumberland who have reduced outgoings by cutting waste and managing machinery depreciation.

There is a misconception that ditching the plough is a guaranteed route to lower costs. However, for some this is not the right option, as moving to no-till or min-till can actually be more costly.

Over the years, ploughing has proved to be an essential operation on some heavier clay soils, particularly in the wetter North, offering weed control and better seed-beds.

This is forcing growers to look at other ways of trimming costs, such as cutting waste, capping machinery depreciation and bolstering income with novel marketing, as revealed at a BASF-organised round table discussion in Northumberland.

The series of two round-table discussions were organised by BASF, aimed at helping farmers gain a better understanding of their machinery and labour costs, and thereby identify ways to make savings in their fixed costs.

Keith Challen manages 1,130ha of combinable cropping on the Belvoir estate in Leicestershire on heavy land that is prone to slumping.

“Clay soils mean you need to have a lot of horsepower to cultivate fields – and if you don’t have any roots, they will slump. This means fields cannot be left uncropped.”

He points out that direct drilling was tried in the 1970s and again more recently, but it proved unsuccessful. “Direct drilling is not really an option at Belvoir.”

Mr Challen runs two Quadtracs, a 535hp and 440hp, to supply the power needed to pull the plough and cultivators.

This amount of power requires a high investment in machinery and Mr Challen looks to minimise costs by buying both new and used.

“For self-propelled items bought new, we get a guaranteed residual valuation to ring-fence the depreciation. It has changed the way we buy machinery and we have even walked away from some purchases.”

For example, he points to the Fendt 718 bought in 2014 that, with current prices, will be worth less than the agreed residual. This helps to manage risk.

“We may decide to keep the tractor – or they buy it back at the agreed price,” he says.

There are some items where the estate does spend more, such as the 36m Rogator crop sprayer, which is seen more as a luxury item.

“It has a bigger capacity than needed for the area cropped, but when it comes to spraying, timing is critical and it has proved to be money well spent.”

He adds that it still costs only 50-60% of the contractor cost. Buying second-hand also helps reduce depreciation, as highlighted by Mr Challen’s two current Quadtracs.

The 2010 Quadtrac 535 was bought second-hand in 2014 and he is looking to run it for 15 years, as it is not clocking up excessive hours. However, the older Quadtrac (2001) is more expensive to run (£91/hour, compared with £81/hour), having been bought – and with a higher depreciation as a result.

For drills and cultivators, he refers to a “make-do-and-mend” approach, with a 2001 7.2m Simba Solo and Simba press. A pair of 7.2m Simba Freeflow drills (1999 and 2001) have been maintained and modified over the years.

“With clay soils, you don’t see high-wearing-metal costs such as those seen on more abrasive sand soils and a set of points will last up to 10 years.”

It’s not just about managing depreciation, though. Mr Challen has improved machinery efficiency with block cropping and savings have been achieved by eliminating overlaps with the use of RTK guidance.

“As part of the cost justification of investing in RTK, we calculated that overlaps were costing us £15,530/year.”

This was through a combination of wasted inputs and the extra fuel and time used to cultivate these areas twice.

Investing in the equipment was less expensive, so moving to RTK guidance was self-funding. In fact, it gives an annual saving of £1,718 over the cost of the equipment and Mr Challen now uses it for all operations, giving 20mm accuracy year on year.

“Not having to concentrate on steering in a straight line means we are also seeing fewer breakdowns, as drivers are watching their machines instead and spotting any problems before they break down.”

Looking ahead, he is hoping to deploy controlled traffic farming, to reduce compaction and keep his clay soils aerobic.

Harvest is when most damage occurs and the amount of traffic has been reduced by using tramlines for tractors and trailers, which works with the combine on 12m and with 36m tramlines. 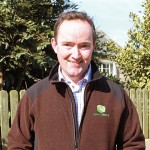 Minimising machinery depreciation is also an important cost-control strategy for Northumberland grower Conor Colgan, who has a policy of buying second-hand and using the farm workshop.

“I can’t justify buying new machinery on my area. But you would need 300hp-plus tractors to pull min-till kit on my heavy land. Our largest tractor is 240hp, which pulls the seven-furrow plough.”

However, the real efficiency savings on his farm, which is 10 miles south of Berwick-on-Tweed, have come about through his interest in lean principles through his studies for an Master of Business Administration (MBA) thesis.

While lean principles are often associated with the car manufacturing giant Toyota and its efforts to increase factory efficiency, he explains that it originated on farm in the US.

“It is a manufacturing model aimed at maximising value by eliminating waste. You strip out what does not deliver by taking a close look at everything being done.”

It starts by identifying consumer value and working backwards to analyse farming effectiveness to deliver this at an optimum level of cost and value at each step.

“So with every decision I make, I first ask how it affects my grain quality and yield targets.”

Through this process, Mr Colgan has identified some areas to improve efficiency, as well as which activities to continue with.

Similarly, slow rolling at 3-4mph has led to a halving of slug pellet use and created better seed-beds, making pre-emergence herbicides more effective.

A closer look at processes saw Mr Colgan aligning machinery capacity and cropping blocks more closely – specifically sprayer and combine. For example, one tankload in the sprayer does one crop and blocks are based on a day’s combining.

“This helps with timeliness, which is important for managing septoria and getting the most value out of products, as they are applied in optimal conditions.”

A closer look at the grain-drying process has saved 200 hours of labour per harvest – chiefly through the installation of a bulk bin to feed the system.

Moving to min-till or no-till is often mooted as a way to cut fixed costs, but Mr Colgan calculates that it would be £30/t more expensive on his farm (see below).

Moving to min-till would involve using a straw rake, as the combine is not good at spreading trash. Mr Colgan believes there would be additional herbicide and slug pellet costs. This is because ploughing has a role in managing sterile brome, his main weed problem, plus the extra trash means more slugs.

“The net effect is that it would be £30/ha more expensive for establishment. This is despite fixed costs being £13.23/ha lower with min-till versus ploughing. The additional variable costs outweigh the benefit,” he says.

The financial effect of switching to no-till at Lowick farm 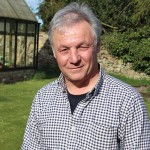 Even with costs cut to the bone, Jack Storey, who farms 10 miles north of Newcastle airport, identified a potential shortfall for the family business when assessing which varieties to grow in the autumn of 2014.

He calculated the price needed to cover costs and generate the required profit, on a per-tonne basis.

“The conclusion we came to was that we wanted £165/t, but the forward price at the time [£152.50/t] fell short and as we could not lower our production costs enough, we therefore, needed to look at raising income.”

To try to plug the gap, he took out a futures trading position in August 2013 on 2,000t, betting that the market would fall by the following May.

Mr Storey believed the good maize prospects in Europe and Russia, combined with cheap Ukrainian exports, would push prices down. But the Russian invasion of Crimea pushed prices up and he lost out when he sold in May.

He took out a further 2,000t in June 2014 as crops across the northern hemisphere looked good and he was confident prices would fall – and it did come right, equating to £168/t, including losses from the previous year’s position.

“It was stressful and traumatic watching prices every day.”

For this year, Mr Storey has sold only 1t/acre forward because the EU referendum is making it “difficult to call”, as the outcome may have a big effect on the pound.

“Don’t underestimate the time needed – and even after putting all the time in, you can still get it completely wrong,” he warns. He points to 2012, when prices rose sharply and could have resulted in losses – had he forecast a fall.

He used a variety of sources of information, including Agrimoney, Noggers blog and Grainman, to help with decisions, as well as AHDB and Agrii.

“About 20 years ago, a speaker at a conference told us we should try to add some value by using the market volatility to our advantage – but it’s easier said than done.

“It was quite hard to do it, but it certainly improved the figures,” he says.

Maximising yields is still the key to cutting costs

While cutting fixed costs is crucial, maximising yields to drive down costs per tonne remains key, especially with the T2 fungicide timing approaching.

“Maximising yield is the most effective means to drive margin, especially in a year such as this,” says BASF’s northern agronomy manager, Tom Scanlon.

So, how do you drive yields at the upcoming T2 spray? He believes it is by taking out the best insurance policy for crops.

Independent comparisons in 2014 and 2015 conducted by SRUC, Niab Tag and Adas have shown Adexar (fluxapyroxad + epoxiconazole) and Librax (fluxapyroxad + metconazole) at 1.25 litres/ha deliver the highest yields and returns – an extra £20/ha margin over the next-best SDHI. That’s £30/ha extra margin in curative conditions.

“Even in a low disease year, growers will get payback from an SDHI, but we are in a high-disease year, making a robust rate crucial.”

Yellow rust has been widely reported, as well as septoria in all varieties. The warmest and wettest winter on record means plenty of infection opportunities for septoria and yellow rust. “Crops may look clean, but the cool spring means the septoria latent period is extended, so the disease will be taking longer to show itself and could explode with warmer weather.”

“So with the T2 approaching, it’s vital to keep disease out and leaves green for as long as possible, because it’s a critical point in the season, the yield-building phase.”