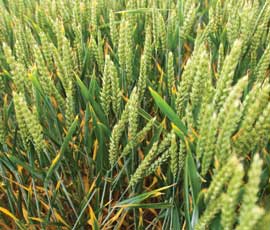 A Danish plan to break the deadlock in Europe over genetically modified crop cultivation has failed.

The Danish-led EU presidency had been keen to push through a rule change drafted by the European Commission, which would allow individual EU member states to ban or allow cultivation of GM plants on their territory.

EU health and consumer commissioner John Dalli had said the proposal would provide an answer to a “long-standing problem” and break the stalemate over GMs in Europe.

When they took up the EU council presidency in January, the Danes, backed by the Health and Consumer Protection Directorate General of the European Commission (DG Sanco) and Commissioner Dalli, said they wanted the proposal to go through at first reading.

But at a council meeting in March, member states including the UK, Germany, Spain and France, declined to support the Danish proposals.

Now it has emerged that the subject has failed to make it onto the agenda of the EU Environment Council meeting in Luxembourg on Monday (11 June).

The EU presidency rotates between all EU member states every six months. Denmark is holding the presidency for the first six months of 2012.

However, the next EU presidency to begin in July will be held by Cyprus, which bans GM cultivation, and did not support the Danish proposal at the March Environment Council meeting.

Consequently, talks over allowing GM plants on EU soil will remain deadlocked for the foreseeable future – and no clear majority has emerged among the 27 member states.

Pete Riley, campaign director of GM Freeze, said: “This is a blow to the Commission, which has been trying to do this deal for years, and the Danes, who were keen to see their compromise position adopted.

“Despite heavy lobbying member states are not convinced the draft proposals would work and provide counties who wish to ban a GM crop with a legally reliable means to do so.

“If Commissioner Dalli still wants to pursue this issue, we’d urge him to approach it with a fresh outlook and put the needs of European consumers and farmers first. With the number of self-declared GM-free zones growing all the time, banning GM cultivation would be a popular move.”

Join the debate on our GM forum