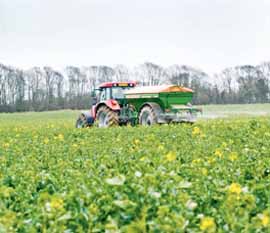 Thin or backward cereal and oilseed rape crops should receive early nitrogen in late February/early March, or when ground conditions are suitable.

But every field and crop will need to be judged individually, says Peter Dampney, an ADAS soil scientist. And growers should take into account the possible delayed soil nitrogen mineralisation when interpreting soil analysis results.

Winter rainfall to 1 February (see map) shows that many areas, assuming normal rainfall in February and March, are on course for a drier than average winter. This means a lower than average leaching risk on most retentive soils.

Therefore, a high proportion of autumn soil nitrogen residues following harvest 2010 should already be in the crop or, for more backward crops, in the soil awaiting uptake this spring.

It was also one of the coldest winters on record, with the coldest December in 100 years. As a consequence, Mr Dampney believes it has delayed mineralisation and this may not have been picked up as soil mineral nitrogen or crop nitrogen in late January and early February sampling.

“When interpreting results from these soil samples, figures will be a bit lower than in a warmer winter. Growers should take this into account and not interpret them as needing more nitrogen.”

While seasonal variation (rainfall and temperature) is important, Mr Dampney stresses that previous cropping and the application of organic manures and fertilisers have a greater impact on soil nitrogen supply.

“Differences in organic residues in autumn have a bigger influence on soil nitrogen than season.”

When judging the need for early nitrogen applications, Mr Dampney says inspecting each crop is essential, particularly with this season’s huge variability.

“Early-drilled crops got well established in the mild autumn before the early cold winter weather. In contrast, late-sown crops are thin and backward.”

Crops likely to benefit from an early dressing (40kg/ha to winter sown cereals or 70-100kg/ha to oilseed rape) include thin and backward ones to encourage tillering and canopy development. Second cereals with a higher take-all risk, plus cereals destined for biofuel where starch not protein is wanted, may also benefit from early N.

However, crops with lush canopies, cereals with shoot numbers over 1200/sq m or that have recently received organic manures may not need any nitrogen until early or mid-March. This is also the case with oilseed rape crops with a green area index of more than 2.

Some growers are currently carrying out soil mineral nitrogen analyses. Mr Dampney advises targeting fields with a high soil nitrogen supply, such as those with a history of regular manure applications.

“The only way to get a handle on this [soil N] is by soil analysis, and don’t forget to include an estimate of the N already in the crop.”

He highlights ongoing HGCA research that underlines the need to analyse samples within 48 hours and keep samples cool. “Soil is moist and with warmth you will get activity. Soil mineral N can increase by 10% a day if not kept at 2-4C.” 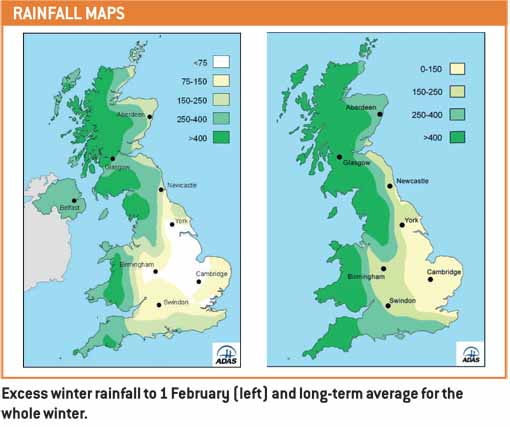