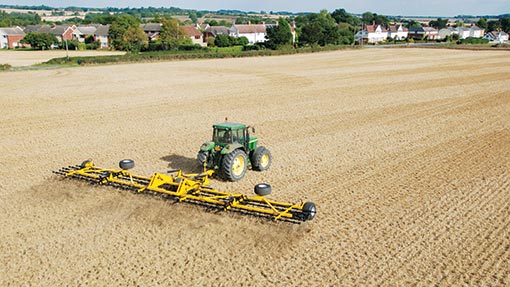 Direct drilling second winter wheats could improve yields by over 1t/ha while also reducing input costs, according to trials carried out by a leading specialist over seven years.

Results from 2013 showed a 1t/ha difference in yield, from 9.2t/ha to 8.2/ha, between a conventional ploughing technique and direct drilling.

Seed breeder and trial specialist Saaten Union has teamed up with drill manufacturer Claydon to highlight the benefits that can be gained when using the direct drill in one of the highest margin crops.

Richard Jennaway of Saaten Union says that the trials have shown second wheat can find significant benefits from being direct drilled with timeliness and rooting holding the key to the yield increase.

“Second wheats are notoriously inconsistent in terms of yield. What we have seen is much better rooting and as a result much more consistent crops.

“The trials have come through some contrasting seasons yet shown fairly consistently the benefits from using a direct drilling system.”

See also Getting to grips with stubble rakes

A total of 31 trial plots and 16 different varieties were grown as second wheats drilled into cropped stubble. Dr Jennaway and his team are looking at varieties on the current HGCA Recommended List and the wheat crops growers may want to invest in.

“We are working together to look at how the system works with the new varieties coming through and seeing how we can get the best out of them.

“So far they all seem to be performing well from the direct drilling, as we have seen in the results,” says Dr Jennaway.

The trial plots were sown on different dates at around 150kg/ha, with the direct-drilled plots being drilled 29 September and the plough-based system 31 October.

“By reducing the time it takes to establish to crop it becomes far easier to hit optimum drilling dates and provides an ideal environment for the seed to germinate and grow.”

Previous years have shown a smaller gap between establishment dates with similar yield increases. In 2011, trial data showed direct drilled produced an average yield of 9.3t/ha compared with 7.29t/ha from the conventionally drilled plots. The sowing dates were 14 September and 21 September, respectively.

Direct drilling is synonymous with oilseed rape growers who have reaped the rewards of low establishment costs and good yields, but winter wheat can see equal benefits, according to Dr Jennaway.

Ever since the mid-1980s when direct drilling attained a bad reputation, drilling wheat – using this method – has yet to see the same recovery and take-off like oilseed rape.

“There is a fair amount of winter wheat being drilled in this way, but certainly not the scale that you would have thought when you see the possible benefits.

“Growers may have had a bad experience in the past or are unwilling to change their systems.”

The need to get as much out of every crop including the typically lower-yielding second wheats is as important as ever and direct drilling is the perfect way to achieve this, according to farmer and founder of Claydon drills, Jeff Claydon.

“You are going to see benefits from first wheats as well, if not in yield then in the reduction in cultivation and input costs.”

The Claydon system works on a minimal workload for the farmer in the bid to gain maximum output.

The system is very simple, says Mr Claydon, working by straw harrowing after harvest in order to help slug control and encourage any volunteers and blackgrass to come through. Spraying off any weeds or volunteers that come through before drilling and rolling follows this.

“After we have drilled it at about 120-130kg/ha, we will roll it to consolidate the seed-bed and get better residual chemical control; then it’s just a case of spraying and applying fertiliser until harvest.”

The simplicity has seen huge savings across all crops, but it is the high margin wheat crops that Mr Claydon believes offer growers some of the biggest benefits.

“You are able to establish the crop in one-fifth of the time, and at one-third of the cost, yet you are still getting higher yields.”

The narrowing autumn window and need to get crops away quickly also makes the direct drilling method an attractive option, as growers are able to drill much sooner than with a conventional cultivation system.

The extreme seasons that have occurred in recent years have seen many growers ask questions over the effectiveness of the system when it is wet.

Mr Claydon is adamant that with the right planning growers should be able to establish their wheat crops in any season, with spring crops providing a worthy last resort.

“If you plan carefully, the speed at which you can establish your crop with a Claydon means there should be a window of opportunity.

“Problems such as slug control are the same as when you are dealing with them in any other establishment method. You must make sure you know the scale of the problem and take them out early.

“2012 was an exception with high numbers about and I think many farmers were caught unaware. You can’t let one bad experience put you off.”

Straw harrowing exposes slug eggs to the sun, which reduces numbers and Mr Claydon says drills can be fitted with slug pellet applicators so pellets can be spread while drilling.

Straw harrowing also benefits the weed issues sometimes associated with direct drilling and when moving away from the traditional ploughing technique.

“It brings the seeds to the top and exposes them to the sun. For broad-leaved weeds the spectrum is far less because you are disturbing a much smaller proportion of the soil and only the ones near the top are germinating.”

With a large proportion of wheat crops grown in the east of the country where blackgrass is one of the main problems, controlling the problematic weed is often top of the agenda before switching systems.

“The system works by keeping the seed in the top few inches which gives the residuals the best chance of controlling it.

“In areas where blackgrass populations are particularly bad or there is a lot of resistance then growers should think about going with a spring option,” he says. 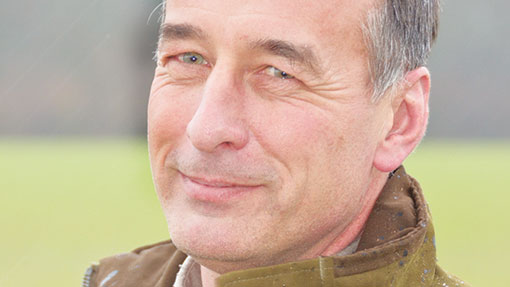 “I had seen a number of other farmers using them and a getting on well so was impressed enough to get one myself,” he says.

“At the time it was about reducing costs because we were on a plough-based system across the farm and it was costing us a lot in both time and money. You are basically looking at your tractor fleet and constantly thinking about changing your tractor because you were clocking up so many hours.”

Mr Turtle upgraded his tractor to a Case Magnum 310 and decided with the extra power and weight to trade in his 3m for a 6m drill to cover over 450ha of land.

“It’s amazing how few hours we have clocked up on it considering the acreage and time we have used it.

“The biggest benefits I’ve seen are in second wheats, which have been very consistent. They can be much more up and down in yield if you plough them.”

Despite his success with the Claydon, Mr Turtle is keen not to put all his eggs in one basket, carrying out a variety of cultivation techniques across the farm.

“We haven’t ploughed anything for a while, but this year we have done a bit along with some mole draining, which helps keep us fairly flexible.”

Based on Hornbeams series soils, described as “Hanslope without the benefits”, the window of opportunity for direct drilling plays a role in Mr Turtle’s decision to keep other options available to him.

“The last good drilling day here was 10 October; then it became wet, so we just got the plough and power harrow out.

“Last year on the other hand was such an exception, the soil was cold behind the combine and slugs were everywhere, so I think a lot of things struggled.”