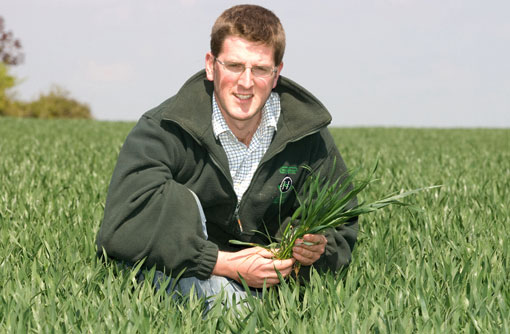 There are many places in the world where weather patterns are influenced by geological features. For example, the rain shadow cast by mountain ranges such as the Rockies. Our weather here is dictated by Kirkby Mount, hardly Mount Elbert at only 20m above sea level, but influential all the same.

During harvest, you sit in the combine cab chanting mantras to the weather gods while watching the dark clouds approaching from the south west. Then, as if by magic, they split south and north and we tend to miss the rain. Unfortunately, when it is a dry like now, we still seem to miss the rain. As I write, a weather front is approaching from the north and I have measured a “massive” 2mm – and it’s still raining.

In this age of austerity, high fuel prices and rocketing food costs, I fail to understand politicians. David Cameron has just spent the last of the nation’s gold reserve – the bit Gordon Brown didn’t give away – on a new kitchen. Someone else has decided that the idea of 20% of Wales returning to trees and scrub should be investigated. I know Wales is hardly the corn belt of America, but surely every bit of production helps when we have a burgeoning population.

Closer to home, it’s unusual to have so much land come on the market all at once. There are currently 1,200 ha (3,000 acres) for sale around Sleaford, some of which border our farm. The only drawbacks are the five-mile trip to reach the land due to the infamous Lincolnshire drain network and the price tag. The one consolation is that due to the nature of the heavy clay that we farm, there must be the opportunity in the future to market our farm as “drought tolerant”. Unfortunately, for this season though, not drought resistant.