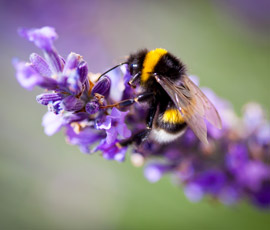 The insecticide fipronil poses a “high acute risk” to bees when used as a seed treatment for maize, according to the European Food Safety Agency (EFSA).

The findings, published in an EFSA report requested by the European Commission, could see potential restrictions on the use of fipronil. This is the fourth insecticide used as seed treatment suspected of being harmful to bees.

Last month the EU announced a ban on the use of three neonicotinoid insecticides – imidacloprid, thiamethoxam and clothianidin – from 1 December this year.

“The insecticide fipronil poses a high acute risk to honeybees when used as a seed treatment for maize,” said EFSA in a statement on Tuesday (28 May).

“EFSA was asked to perform a risk assessment of fipronil, paying particular regard to the acute and chronic effects on colony survival and development and the effects of sublethal doses on bee mortality and behaviour.”

Fipronil, a non-neonicotinoid pesticide manufactured by German firm BASF, has been on the market since 1993. Farmers use the chemical in more than 70 countries and in more than 100 different crops to control pests. But fipronil is not used so much in Europe – only five countries use it for maize production.

EFSA scientists who examined fipronil identified a “high acute risk” from pesticide dust drift for maize treated with the chemical.

However, they did not have sufficient data to determine risk on its use in sunflowers, other field crops, exposure in pollen and nectar, or dust originating from seed drilling.

Responding to the report, BASF said no cases of bee mortality had ever been attributed to approved uses of fipronil seed treatment products.

“By restricting the use of fipronil-based products, European authorities will not accomplish their goal of preserving bee health. Instead, it will add one more restriction and limitation to growers and the overall food production in Europe,” said Jürgen Oldeweme, senior vice-president of global product safety and regulatory affairs for BASF’s Crop Protection division.

The problem of declining bee health must be addressed via a “holistic approach” and “not by singling out certain technologies that have a solid record of safe use, such as fipronil”, he added.

However, green campaigners urged the EU to ban fipronil and called for action to reverse declining bee populations.

Paul de Zyla of Friends of the Earth said: “Once again, a widely-used chemical that was previously thought safe is found to be risking the health of our bees.

“This is further evidence that testing is not rigorous enough. How many more products used on our crops and in gardens are putting bees in danger? We need a bee action plan now to address all threats to bees.”