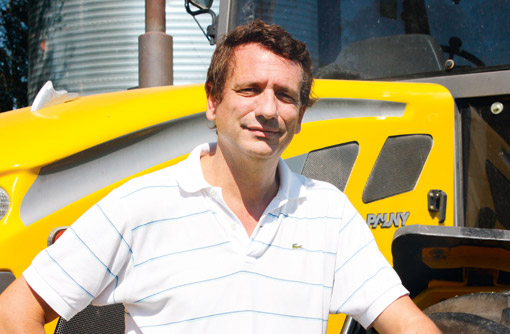 The large amount of rain that has fallen in October, has begun to worry farmers as the task of sowing maize and soya beans is becoming severely hampered. In addition, we will have to assess the impact on the development of wheat crops which are due to be harvested at the end early December. I fear could be affected similarly to the UK wheat crops that were so badly hit by the high summer rainfall and lack of sunshine in May/June.

In my particular case, I was lucky to be able to sow the 65ha of maize which I planned at the end of September at Bigand, but with the 160mm of rain that has fallen in October, I have been unable to begin planting my projected 400ha of soya bean.

The latest storms that began on 28 October in many agricultural areas of the humid pampas will prevent any maize planting this week, which is now suffering serious delays which could result in cuts to the national production estimates of – more fuel on the fire of commodity prices before the USA and northern hemisphere harvest of July 2013.

Harvest last year was struck by drought caused by the phenomenon “La Niña” around November 2011 to February 2012. Now, the arrival of the El Niño event brings increased rains in the region, threatening crops with extensive rainfall.

Rains are also delaying the sowing of soybean, whose 2012/2013 planting season has just begun. One blessing at least is that the no-till drilling method is fast and efficient – when it does out enough for us to travel on the land. One thing we can be sure of in 2012/13 is that the weather is not going to give us a normal year down here.