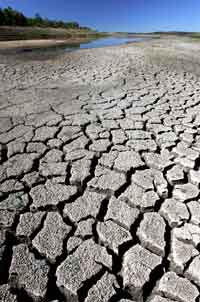 Weather authorities around the world are warning of a developing El Niño weather pattern in the southern hemisphere, which could hit agricultural production later in the year.

Describing the development as “bullish” for wheat and “bearish” for soya beans, commodity analyst Rabobank says the likelihood of an El Niño in the second half of the year is “greater than 50%”.

“In Australia, the development of an El Niño pattern can be disastrous for winter wheat production, with drier-than-average conditions likely to threaten what has been a favourable start to the growing season in the eastern grain belt,” it says.

“At this stage, the risk for Australian wheat production is that the crop develops early and then the crucial ‘heading stage’ is met with a lack of rainfall.”

On the flip side, an emerging El Niño pattern is welcome news to farmers in Argentina and southern Brazil, where above average rainfall is expected for the second half of 2009.

“Argentina, has been devastated by drought in the past 12 months. The additional rainfall will be needed to replenish subsoil moisture levels, though El Niño-related weather will increase the likelihood of crop damaging storm activity.”

The impact of El Niño appears to be too late for Argentina’s wheat production in 2009, with the planting window closing in July. But soya beans will benefit from additional moisture, leading to a “strong rebound” in production.

An El Niño weather pattern was last experienced in 2006/07 and before that in 2002/03. Both events were followed by steeply rising grain prices.

According to David Sheppard, managing director of Gleadell Agriculture, El Niño could have a “dramatic impact on production”. But he is satisfied that, at present, prospects remain favourable in Australia.

“As harvest progresses in the north, the reality of fresh supplies adding to the already burdensome supplies of old crop will continue to add pressure to harvest values.

“But medium and long-term prospects will be driven by exactly what crop production we see in the north and on-going crop prospects in the south.” Mr Sheppard believes that the potential for a major rally in wheat prices remains limited.